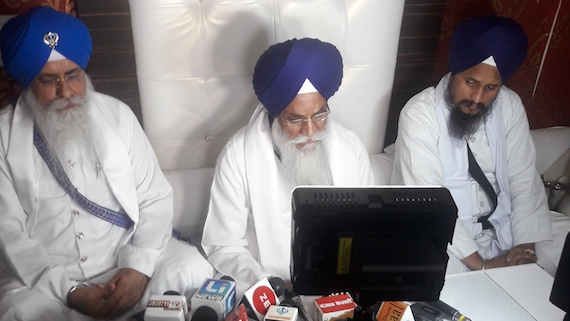 Giani Gurbachan Singh and others addressing media persons on April 12, 2018