A Division Bench of Justices Harsha Devani and A.S. Supehia the crimes committed by them were against society, and their punishment must be consistent with the brutality with which the crime was committed.

The three, P.J. Rajput, Rajkumar Chaumal and Umesh Bharwad, of the total 16 accused, were held guilty in an order pronounced on April 20.

The Division Bench of Justice Harsha Devani and Justice A S Supehia pronounced the quantum, declining the defence’s request to consider the social status and family hardships of the accused before pronouncing the sentence in the matter, notes a report in Indian Express (IE). 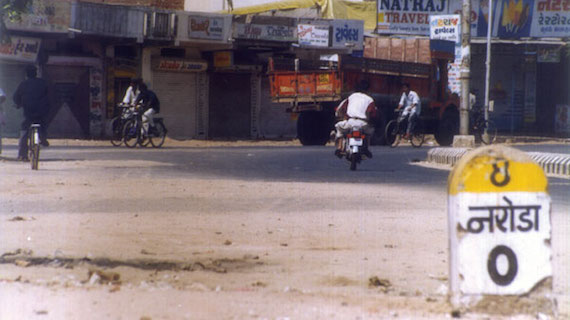 96 Muslims were massacred in Naroda Patiya during Gujarat 2002 genocide

After their conviction on April 20 by the same court, the trio had sought further hearing on their quantum of sentence on the grounds that they were not properly represented.

Pronouncing the sentence, the court gave them six weeks’ time to surrender before the police.

The three were held guilty of crimes other than that of murder, with maximum punishment of life sentence or 10 years attracted under IPC section 436 (mischief by fire or explosive substance with intent to destroy house), notes a report in The Hindu.

“The court cannot set aside the agony and anguish of the victims… Offences are not against individuals but society at large and has consequences of polarising society,” the Bench said.