Washington: The National Sikh Campaign (NSC) has taken a significant step towards one of the pillars of its larger awareness strategy, the creation of a website to act as an informational center for all those who seek to learn about the Sikh religion’s tenets and principles. NSC was formed last year to launch a major media based awareness campaign about Sikhism and Sikh identity in America.

Guided by former strategists for President Barack Obama and Secretary of State Hillary Clinton, NSC released historic research that found that a majority of Americans are unaware of what Sikhism is or what a Sikh looks like, yet, enormous potential exists to increase awareness and enhance positive sentiments toward Sikhism within the broader American public.

Accordingly, the website will be designed with a mainstream Western and American audience in mind, the its main purpose will be providing educational and compelling content aimed at building a deeper understanding and awareness of the Sikh diaspora and the positive contributions Sikh emigrants have had around the world. 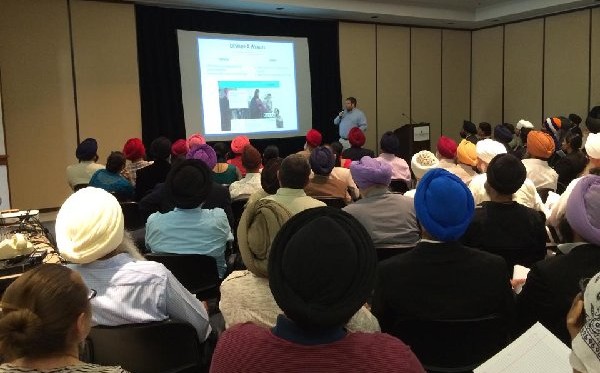 “The rate of cultural transmission in the Western world has never been higher, and the Internet is why,” said Shawn Singh Ghuman, NSC’s Communications Director. “Information around Sikhism is widely spread online, however it can be difficult to access and decipher for non-Sikh audiences. So, we are creating a central place where anyone can go to gain an immersive understanding of the Sikh way of life, particularly in North America.”

Based in Vancouver, Skyrocket Digital will brand the campaign and build the website to cut across cultural boundaries by focusing on the universal, human values that Sikhism is based upon and create a web experience to communicate those tenets. Target audiences will include academic researchers, journalists and the general public. The website will act as the medium for understanding the religion’s global impact and adoption in the Western world.

“This website will be a manifestation of the campaign, driving awareness of Sikhism by building a platform whose design and content resonates with our target audiences,” said Mo Dhaliwal, Director of Strategy at Skyrocket. “It will provide an exciting and comprehensive way for anyone to educate themselves on Sikhism and the Sikh people, moving them from curiosity to inspiration. This campaign represents a very necessary piece of work and we’re excited to be a part of the profound opportunity it represents – the opportunity to deepen the Sikh relationship with the wider Western community.”

Jivan Singh Achreja, NSC’s National Strategy Director, who led the selection process said, “Skyrocket’s capabilities made them the perfect choice for this project, as their technical experience and portfolio of clients put them in a very unique niche of agencies who know exactly how to convey messaging from the Eastern audience to the West. Specifically their commitment to open-source technologies and storytelling-centric design with their messaging experience makes them an invaluable partner to NSC.”

NSC and Skyrocket plan to launch the website by the fall of 2015.