Natives Demand Punjabi To Be Implemented As Administrative Language In Chandigarh

Chandigarh: Chandigarh Punjabi Speaking Manch had here on Wednesday organised a protest against Chandigarh Administration and Central Home Ministry demanding that Punjabi should be implemented as official administrative language of the city. 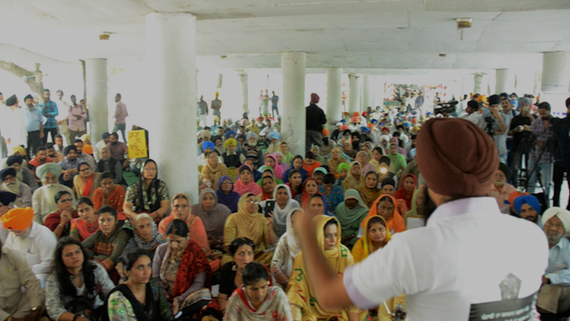 A view of demonstration in support of Punjabi language in Chandigarh.

The Manch further argued that except for Chandigarh rest all Union Territories (UT) have their mother tongue designated to the status of official language of that particular UT. So we demand that the language of the native population that is Punjabi must be give the status of first language in Chandigarh, reads a quote from an invitation handout published by the Manch. 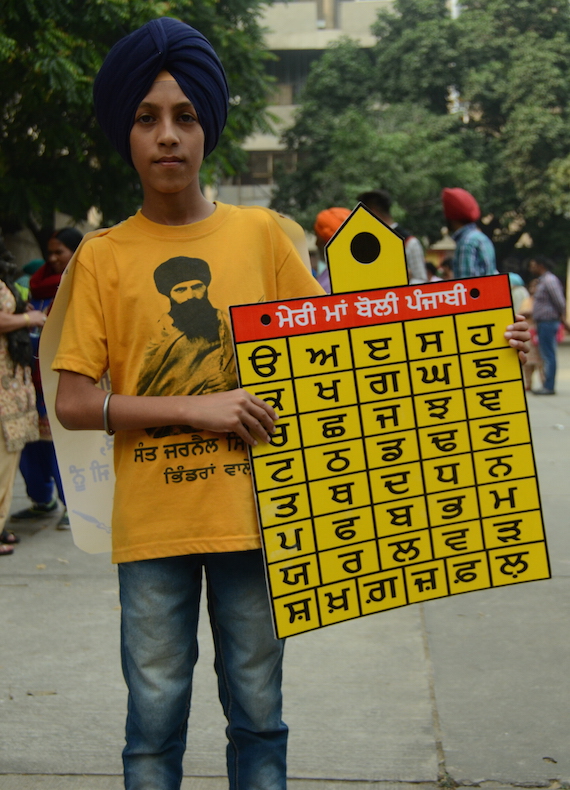 Prominent among those who addressed the protesting people were Dr Surjit Patar a Punjabi language writer and poet, Aman Arora vice-chief of Punjab unit of Aam Adami Party, Punjabi singer Raj Kakra and Sukhwinder Kaur Sukhi and Member Parliament from Patiala Dr Dharamveer Gandhi also shared the stage “nobody can snatch our language right from us, Punjabi, Punjab, Punjabiyat Zindabad” said Dr Gandhi. Majority among the protesting people were those natives villagers who were displaced and on whose land Chandigarh was build.

Also present at the demonstration were activists from Students For Society a Panjab University based student body. While addressing the people they said that “mother language should always be given preference in that particular area and nationalities must be give the right for self-determination”.

Veteran Congress leader Birdevinder Singh while addressing the protesters said that “the aboriginal people of Chandigarh has suffered a lot first they were displaced due to partition in 1947, then on the pretext of building new state capital they were again displaced.” Even after tolerating such a large scale of injustice the Punjabi speakers are unable to get Punjabi recognized as first official language for Chandigarh, he adds. Chandigarh Congress Chief Pardeep Chabbra and Tarlochan Singh Journalist were among the speakers.

Related Topics: Chandigarh, Language Issue in India, Languages of The Sub-Continenet and the Process of Indian Nation Building, Punjabi Language