Amritsar: Media reports suggest that the central leadership of Bhartiya Janata Party (BJP) was seriously thinking about giving prime responsibility to a Sikh face in Punjab. A news in Daily Mail says that cricketer turned politician Navjot Sidhu, who had distanced himself from active politics after he was dropped as BJP candidate in the last Lok Sabha election, may be playing active role for BJP in Punjab politics. 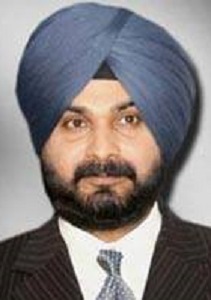 The Daily Mail quotes unnamed sources close to BJP saying that the term of current BJP state chief will end in January next year and the saffron party is looking for his replacement.

According to the news the RSS believe that Navjot Sidhu is a fit candidate for the post of BJP state chief as he follows Hindu ideology and performs Hindu rituals.

Daily Mail notes that Navjot Sidhu will be campaigning for the Hindutva party in rural Punjab for next 6 months and his performance will be judged by RSS activists. It will be an informal campaign and it will rain without fixed schedule. The RSS volunteer will access Sidhu’s impact and will send the report to the BJP high command.

The RSS think tank feels Navjot Sidhu can help the party in 2017 Assembly elections in the state. In long run he could work as a tool to further the Hindutva policy to dilute the distinct Sikh identity and assimilate the Sikhs into Hindutva fold.