Chandigarh: Bhartiya Janta Party (BJP) Dr Navjot Kaur Sidhu has said that her husband Navjot Singh Sidhu was not going to leave the BJP. He rejected reports that Navjot Sidhu was going to join the Aam Aadmi Party.

Talking to mediapersons after the assembly session, Navjot Kaur Sedhu Amritsar (East) MLA, who is also Chief Parliamentary Secretary (CPS) said her husband was in constant touch with senior-most BJP leaders in Delhi. She said that her husband, a cricketer-turned politician, had no plans to meet leaders of any other party. She denied Navjot Sidhu having met any AAP leader. 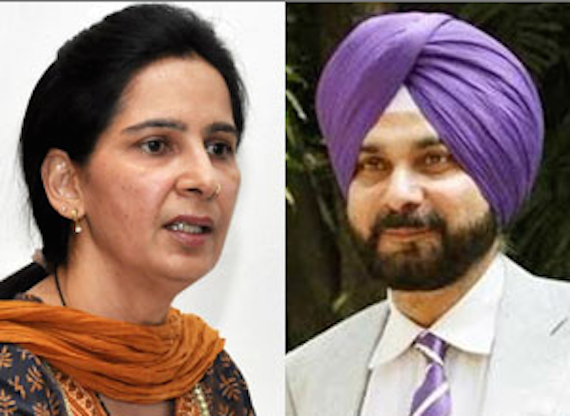 On being asked by media-persons that if Navjot Sidhu’s name was being considered by the BJP as a candidate for Rajya Sabha membership, Navjot Kaur said whatever role the party deems fit for him, he will take up with sincerity.

She, however, reiterated her resolve not to contest the next assembly polls if the BJP continues its alliance with the Shiromani Akali Dal (Badal).