Confusion over resignation of Navjot Kaur Sidhu from BJP

Amritsar: There are reports in media that Dr Navjot Kaur Sidhu, wife of cricketer-turned-politician Navjot Sidhu has resigned from the Bharatiya Janata Party (BJP) today. She had been holding the position of Chief Parliamentary Secretary of the Hindtuva political outfit in Punjab. Media reports were speculating that the Sidhu couple may likely to join the Aam Aadmi Party (AAP).

In a straightforward post, the outspoken politician wrote, “Finally, I have resigned from BJP. The burden is over.” 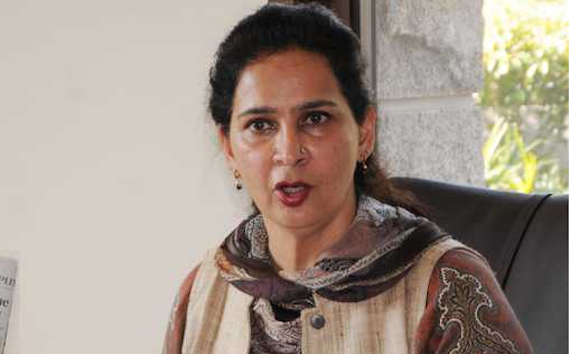 However there was confusion over her resignation as she could not be reached and her phone was switched off. Her office staff said that the post was part of “April Fool” calibrations. Sources said that there were conflicting statements Navjot Sidhu’s office staff. Some people were saying that the facebook post was a mere joke while others said that she has resigned. Anil Joshi of BJP expressed ignorance about any such move by Navjot Sidhu.