Queens Park, Canada: This week, Bramalea Gore Malton MPP Jagmeet Singh re-introduced his bill from 2013 which if passed, would exempt practicing members of the Sikh faith who habitually wear a Turban from the requirement to wear a helmet while operating a motorcycle in Ontario.

“For the last 10 years, the Sikh community has been working towards a legislated exemption for members of the Sikh faith who wear turbans when operating a motorcycle, but the Liberal government has yet to address this issue.” 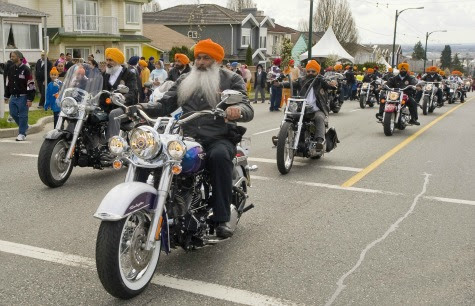 On December 3, 2013, MPP Jagmeet Singh tabled Bill 145, an Act that would exempt turban-wearing Sikhs from wearing a helmet when operating a motorcycle with the complete backing of the NDP caucus. Similar exemptions have already been passed in Manitoba, British Columbia and the United Kingdom.

“I’m honoured to be able to re-introduce Bill 196 (originally Bill 145) with the full support of the NDP and now PC caucus,” Singh began “With the Tories re-introducing Bill 145, it’s encouraging to see that this issue has 2 of the 3 major parties on board, but now the question remains; where does the Liberal government stand?

On May 4, 2016, MPP Tod Smith of the Progressive Conservative party introduced a similar bill to MPP Singh’s 2013 bill calling on the Ontario Government for the same exemption from the Highway Traffic Act.

“Practicing members of the Sikh faith who wear a turban should be granted the right to freely express their faith and I am committed to the pursuit of legislated protection of religious freedom and expression.”