In June 1984 the Indian state launched armed attack on Sikhs and targeted Sikh Gurdwaras across Punjab and adjoining state. A new book penned by a young Sikh researcher and author has revealed new details about the attack. The book lists 65 Sikh Gurdwaras located in Punjab, Haryana, Chandigarh and Himachal Pradesh that were invaded by the Indian forces in June 1984.

Author Malkeet Singh Bhawanigarh, who holds a degree of Computer Science, was working with an IT company when he had started his research but later quit his job and started working with Sikh media houses and publications like Amritsar Times (a US based weekly newspaper) and Sikh Shahadat, a book series by Bibekgarh Prakashan. 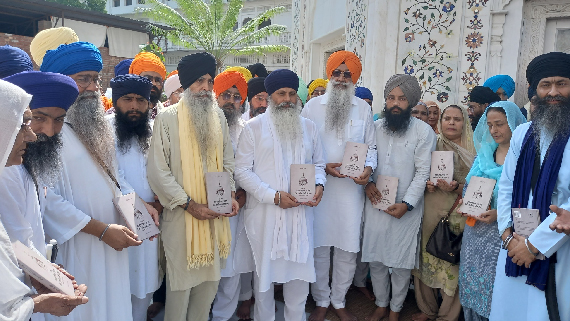 “I had no plan to write the book when I started exploring details of the Army attack on Sikh Gurdwaras. I wanted to know that which and how many Gurdwaras were attacked by the Indian army? I thought that the details would be readily available. But they were not”, Makeet Singh told Sikh Siyasat News (SSN), while adding that details were available in form of conflicting numbers of 36, 37, 39 or 42 Gurdwaras.

“Then I decided to check possible source material, such as published documents, newspapers, magazines and books. I found that the ‘whitepaper’ published by the Government of India puts the number of attacked Gurdwaras as 42. In SGPC’s whitepaper the number goes up to 75. But no list was there in either of the documents”, said he, adding that in other source material too, detailed accounts of attack were available with regard to less than ten Gurdwaras. 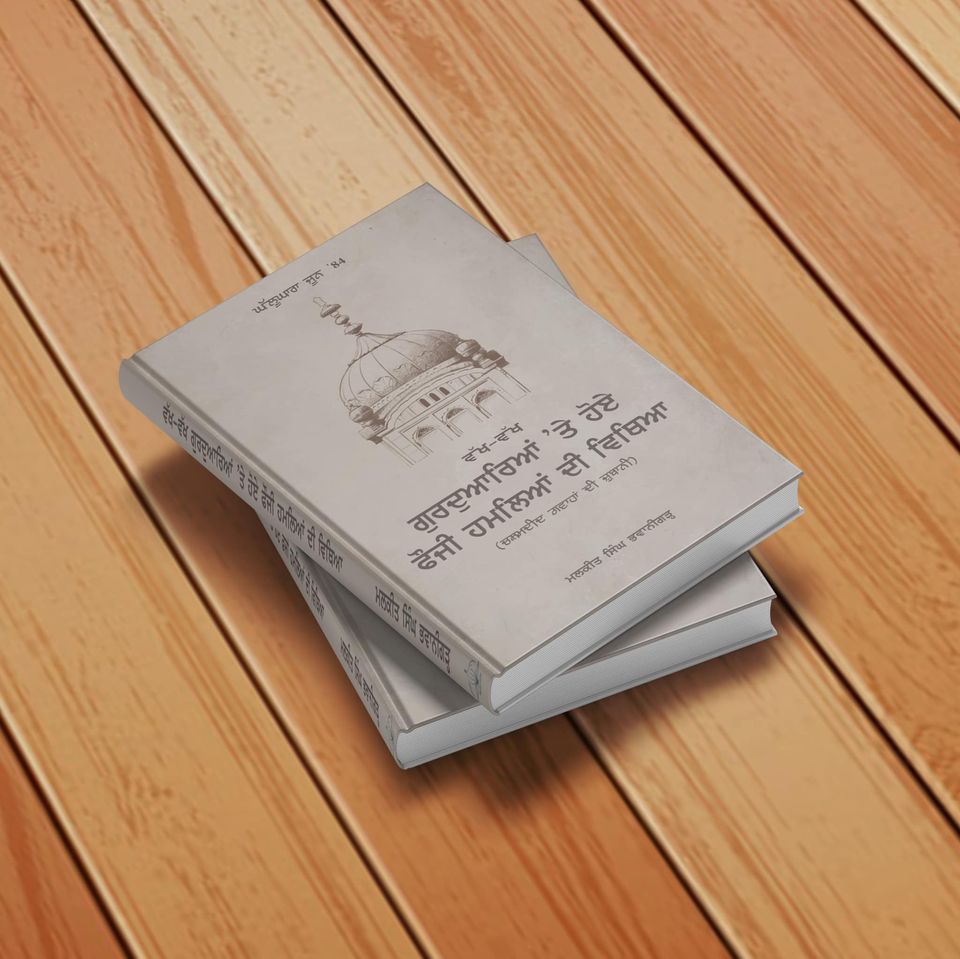 After this, Malkeet Singh says, he started tracking the Gurdwaras and the eye-witnesses with the help of Panth sewaks.

“In November 2018 we started interviewing the eye-witnesses and the book was released on 6 June 2021 by presenting a copy before Guru Granth Sahib Ji at Gurdwara Yaadgaar Singh Shaheedan (the memorial of June 1984 martyrs) near Akal Takht Sahib, in Darbar Sahib complex”, said Malkeet Singh.
The book is divided into three parts.

First part is in form of introduction penned by the author himself.

The third part is divided into 20 chapters.

First 19 chapters carries details of attack on various Sikh gurdwaras based on eyewitness accounts. The author has marked references to the source where he has extracted details from some published write-ups or book/s. The author also provides details about location of the Gurdwaras, their distance from Darbar Sahib, Amritsar. While extending such details the author has also shared brief history of these Gurdwaras.

20th Chapter of this book carries list of 65 Gurdwaras that were invaded or attacked by the Indian Army in June 1984.

Admitting that there may be some other Gurdwaras that may also have been attacked by Indian forces in June 1984, the author says that the list in his book is non-exhaustive.

“I do not claim that this book carries any exhaustive list of Gurdwaras attacked by the Indian Army. Earlier it was believed that 36, 37, 39 or 42 Gurdwaras were attacked during June 1984 but now we have details of 65 such Gurdwaras. There is possibility that details about more Gurdwaras may emerge in future”, said Malkeet Singh Bhawanigarh while talking to the Sikh Siyasat News (SSN).

He appealed to the Sikh sangat to share details of such Gurdwaras if it is in their knowledge. “Any member of the Sikh sangat having details about Gurdwaras attacked by Indian Army in June 1984, or any eye-witness of such attack, is requested to contact me. We shall document such information or details after proper verification”, said he.