As per the report Nigeria, Singapore, India and Argentina are among a group of governments that are fueling inequality, according to a newly released edition of the Commitment to Reducing Inequality Index developed by Oxfam and Development Finance International.

The Index ranks 157 countries on their policies on social spending, tax, and labor rights – three areas the organizations say are critical to reducing inequality. It found a clear divergence between governments such as the Republic of Korea, Indonesia, and Georgia that are taking positive steps to reduce the gap between rich and poor, and governments that are making it worse. However, all countries, even those at the top, could be doing much more. 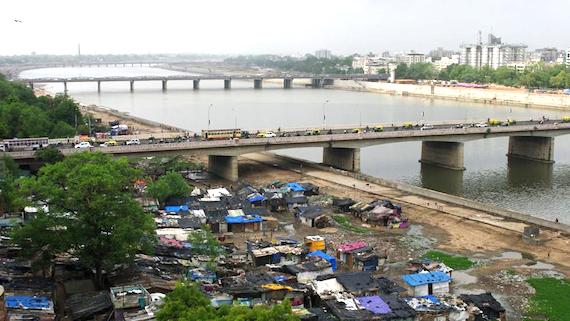 A release by Oxfam (copy available with Sikh Siyasat News (SSN) says that this second edition of the Commitment to Reducing Inequality (CRI) Index finds that countries such as South Korea, Namibia and Uruguay are taking strong steps to reduce inequality. Sadly, countries such as India and Nigeria do very badly overall, as does the USA among rich countries, showing a lack of commitment to closing the inequality gap.

The Index comes ahead this week’s meeting of finance ministers, central bank governors, and other economic leaders at the World Bank and International Monetary Fund Annual Meeting in Bali, Indonesia.

According to the Oxfam International, this second edition of the Index improves on the methodology used last year by including new indicators on tax dodging and violence against women and relying on more up-to-date sources of data. The new indicator on violence against women reveals that despite the significant gains made in recent months by the #MeToo and other women’s rights movements, less than half of countries have adequate laws on sexual harassment and rape.

Inequality slows economic growth, undermines the fight against poverty and increases social tensions. The World Bank predicts that unless governments tackle inequality then the goal of eradicating extreme poverty by 2030 will not be met and almost half a billion people will still be living in extreme poverty, notes the Oxfam International.

Winnie Byanyima, Oxfam International’s executive director, said: “Simply put, inequality traps people in poverty. We see babies dying from preventable diseases in countries where healthcare budgets are starved for funding, while billions of dollars owed by the richest are lost to tax dodging. We’ve heard from women living on poverty wages and facing hunger, seeing none of the wealth they create. None of this is inevitable. Governments often act like they’re committed to fighting poverty and tackling inequality—this Index shows us if their actions match their promises.”

Matthew Martin, Development Finance International’s director, said: “What’s most striking is how clearly the Index shows us that combatting inequality isn’t about being the wealthiest country or the one of the biggest economy. It’s about having the political will to pass and put into practice the policies that will narrow the gap between the ultra-rich and the poor. This index clearly lets us see who’s doing that and who’s not.”