Auckland: As per the media reports two Sikhs have been elected to New Zealand’s parliament in recently concluded general elections in which it is said that no single party has been able to get clear majority in the parliament. 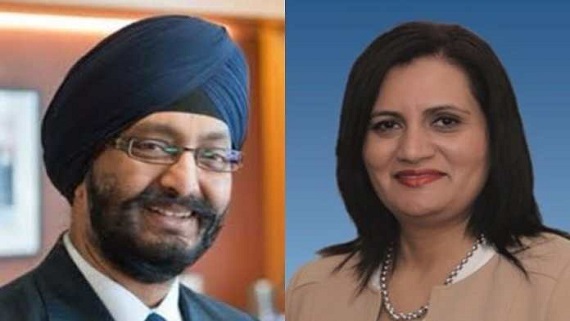 Kanwaljeet Singh Bakshi and Dr Parmjeet Parmar have successfully made it to the 121-member Parliament in New Zealand.

While Kanwaljit Singh Bakshi is all set to begin his fourth successive term, it will be Parmjeet Parmar’s second term (both list MPs of National Party).

Kanwaljeet Singh Bakshi is both, New Zealand’s first Indian and first Sikh member of parliament. He was first elected in the 2008 elections. Delhi-born Bakshi graduated from the University of Delhi in 1985 and moved to New Zealand in 2001 with his family, media reports said.

Kanwaljeet Singh Bakshi, who contested from Manukau East constituency in Auckland, could only secure 3,969 votes against his main Labour Party rival’s 14,004. Dr Parmjeet Parmar did better in the Mt Roskill, Auckland constituency and 10,168 people cast their vote in her favour against Labour Party candidate securing 15,843, notes The Tribune (TT).