Chandigarh: The absconding accused in the Malegaon 2008 blast case, Ramchandra Kalsangre and Sandeep Dange,  were described as members of Babbar Khalsa International by the NIA. The matter gained attention after the NIA dropped the name of Hindutva activist Sadhvi Pragya and 4 others from list of accused persons. 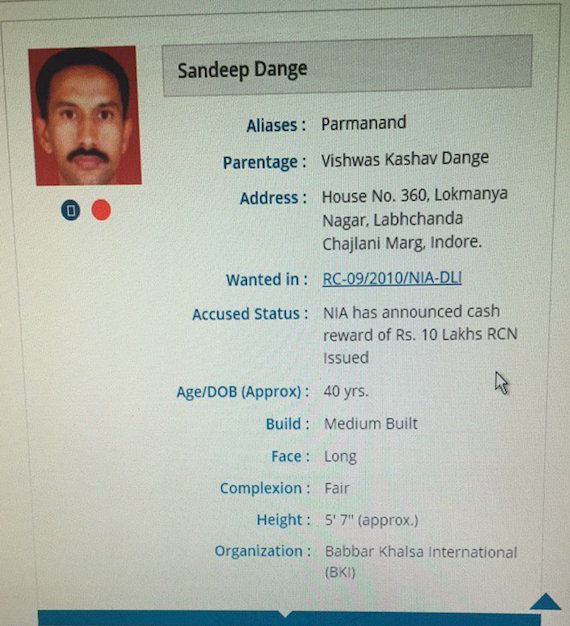 The NIA’s official website showed the organisation of the two as ‘Babbar Khalsa International’ but as the gaffe was noticed and Congress functionary Digvijaya Singh tweeted the picture of the website, the agency immediately removed it. “What has gone wrong with NIA? In NIA Official Website Kalangsara and Dange have been shown as Members of Babbar Khalsa!” Singh tweeted. 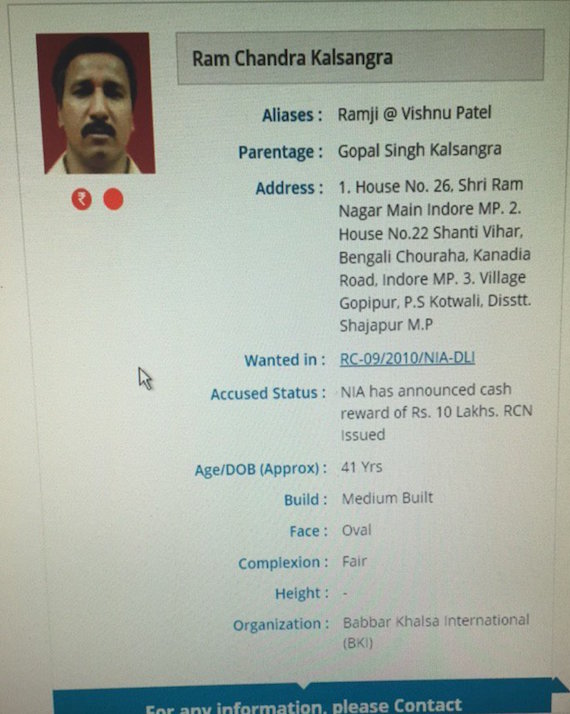 He posed series of questions to home minister Rajnath Singh. “What NIA is doing despite you being there Rajnath Ji,” he asked. “Is it happening with your consent or this is an attempt to save Sangh activists…this puts question on your credibility,” he asked the home minister.

The agency spokesperson later clarified that “there was some misprint on the website, which was corrected and shown their affiliation with a “a terrorist gang”.