The remand plea was opposed by the defence but the judge granted six days police and fixed 4 September 2018.

But after the arrest of British citizen Jagtar Singh Johal and others, the Punjab police backtracked from its earlier probe and started maintaining that Amit Arora was attacked. The Punjab government had transferred this case to the NIA in November 2017. But the NIA did not proceed in this case during last 9 months. 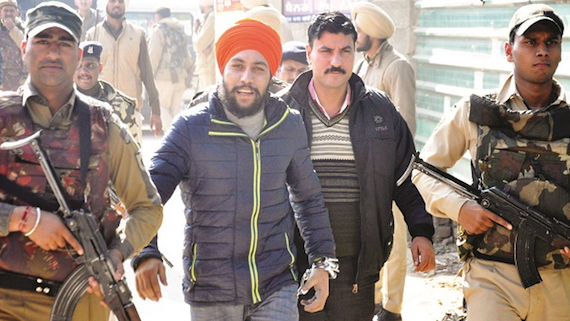 Ramandeep Singh Bagga during a court appearance at Mohali.