NIA Team Attacked in Ghaziabad (UP) During Join Raid by NIA and Police; Cop Injured

Chandigarh: A joint team of India’s National Investigation Agency (NIA) and the Uttar Pradesh Police, carrying out searches in Ghaziabad was reportedly fired upon. A policeman was reportedly injured in this incident, which took place on Sunday (Nov. 3).

As per media reports, a NIA spokesperson maintained that during the course of investigation into the killing of RSS leader Ravinder Gosain in Ludhiana, investigators came across the names of certain suspected arm smugglers.

An NIA team, with the assistance of the state police, conducted searches to arrest the suspected arm suppliers in Meerut district during the intervening night of December 2 and 3, the spokesman said in a statement. 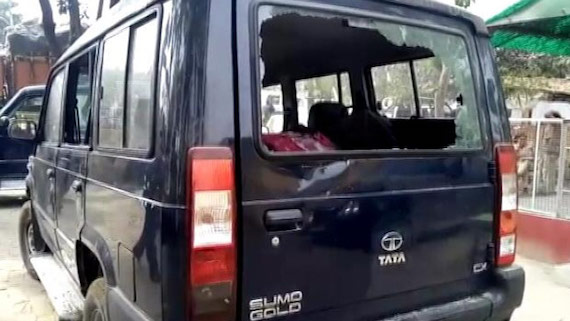 NIA Team attacked during raid in UP

The NIA team was conducting raids at the residence of suspect Malook at Nahali village in Ghaziabad this morning. During the raid, a large crowd of men and women tried to obstruct the police and NIA team and some people opened fire on them, resulting in injury to Uttar Pradesh Police constable Tahjib Khan, besides damage to official vehicles, media reports quote NIA spokesman.

The firing was followed by stone pelting and the mob also staged multiple road blockades.

The UP Police and NIA personnel also fired in the air, the spokesman reportedly said.