“In this case, the court of Ilaqa magistrate had extended the investigation period under UAPA beyod the 90 days limit, whereas the court of magistrate was not empowered to do so. The court order had eventually resulted in turning the custody of arrested persons, namely Bikramjeet Singh and Avtar Singh into ‘illegal’ as the law does not permit keeping an arrested person behind the bars beyond the period of 90 days without filing the charge-sheet”, said Advocate Jaspal Singh Manjhpur.

“After expiry of 90 days we had applied for bail in this case and also filed revision against Ilaqa magistrate’s order. The sessions court allowed the revision against extension of investigation period but did not grant bail on the basis of delayed chargesheet”, added he. 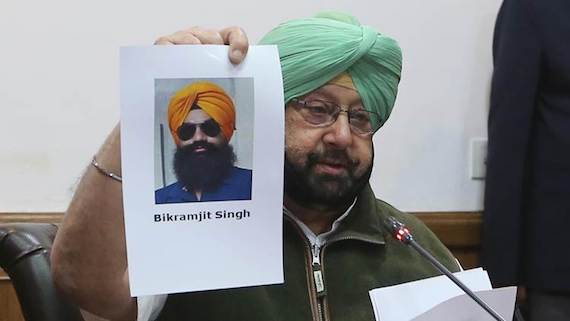 Advo. J S Manjhpur said that the bail plea in Sessions court was moved by both Avtar Singh and Bikramjit Singh but after that Avtar Singh decided to not to go in appeal to the High Court.

“On Bikramjit Singh’s behalf we challenged Sessions court’s order in the High Court and after the HC rejected our pleas, we moved to the Supreme Court of India”.

“Today the SCI appreciated the fact that Bikramjit Singh’s bail plea was moved in the magistrate’s court after the expiry of investigation period, when the chargesheet was still pending, he is eligible to be granted bail under sections 167 (2) of Code of Criminal Procedure.