New Delhi: Sikh Genocide accused and Congress leader Jagdish Tytler continues to enjoy “good-sight” of India’s premier investigative agency- the Central Bureau of Investigations (CBI). Tytler who had been given a clean chit in a November 1984 Sikh genocide related case case by the Central Bureau of Investigation, got additional relief on June 26 when the investigating agency told a lower court here that there was no fresh FIR registered against him for trying to influence witnesses and money laundering. 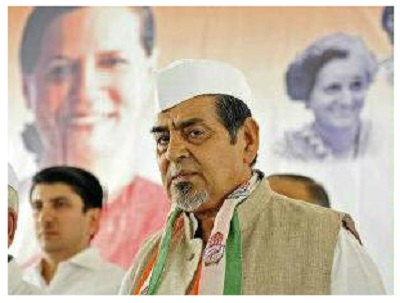 “The CBI’s statements came after the court’s specific queries on whether it had registered any case against Mr. Tytler under Sections 193 (punishment for false evidence) and 195A (threatening a person to give false evidence) of the IPC and the Prevention of Money Laundering Act. The court of Additional Chief Metropolitan Magistrate Saurabh Pratap Singh Laler had earlier in June sought the CBI’s response to the statement recorded by the agency of jailed businessman Abhishek Verma, who had alleged that Mr. Tytler had tried to influence a witness by giving him money and sending his son abroad” reports The Hindu.

In a recent TV interview with UK based Akaal Channel, senior lawyer and Aam Aadmi Party leader Advocate H.S. Phoolka had raised serious questions about allegations against Jagdish Tytler that he tried to influence witnesses in a case related to Sikh genocide of 1984, in which he was granted clean chit by CBI. (click here to watch full interview).