No Justice for Chattisinghpora Sikh Massacre even after 17 years: Sikh body asks for Re-Investigation

Chandigarh: A Kashmir based Sikh body named All Parties Sikh Coordination Committee, today asked the state government for fresh probe into the Chattisinghpora massacre which claimed the lives of 35 innocent Sikhs on this day (March 20) in 2000. 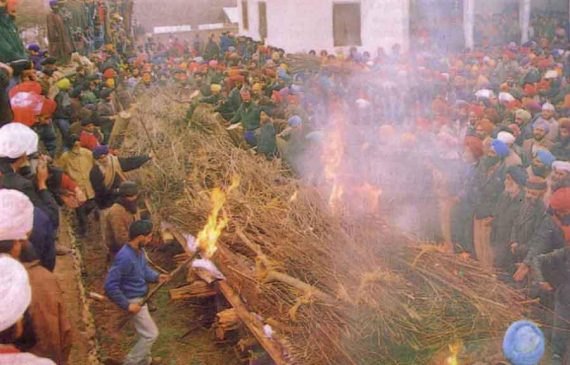 “After 17 years, the people of Jammu and Kashmir, especially the Sikhs of the Valley, are still waiting for the justice. We urge the state and central governments to nab the culprits of the massacre,” Chairman, All Parties Sikh Coordination Committee, Jagmohan Singh Raina purportedly said in a statement issued here.

It was “unfortunate” that the government is maintaining “silence” on the issue, he adds.

“We urge the state and central governments to go for a fresh probe into the incident. If they fail to do so, then we will consider it as a huge injustice with the Sikhs of Kashmir,” Jagmohan Raina was quoted by the media as saying.

“We will not rest till the real culprits of the massacre are brought to justice,” he further claims.

After the massacre on March 20, 2000 in Chattisinghpora village in south Kashmir’s Anantnag district, the security forces claimed to have killed five “militants” responsible for the murder of the Sikhs at a nearby village.

However, a CBI inquiry, ordered by the state government after massive protests, revealed that the deceased were civilians who were abducted and killed in a fake encounter, said the media sources.