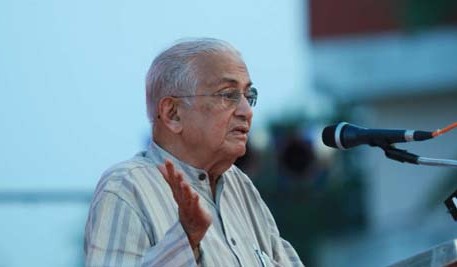 “Jayalalitha has been acquitted. I can tell you that it is a strange thing. At whose instance did the case go on for 18 years? It was mostly at the instance of prosecution,” Suresh told a large gathering comprising retired High Court judge R A Mehta as well as a number of city-based advocates.

“There is no justice in the case of the 2002 genocide. This is the problem in this country. Justice usually gets delayed in communal riots cases,” he said.

“In the year 1984, genocide was carried out against the Sikh community which has not got justice even today, though 31 years have passed. This is what happens in this country,” he said.

“Twenty labourers were shot dead by the police inside the forest of Andhra Pradesh’s Chittoor district. I had gone there along with a group of people,” Justice Suresh said.

“We investigated, collected material and put out a report. We named those who did it but till today no case has been registered against those who ordered the killing of those 20 innocent people,” he said.

At the event, two awards named after Mukul Sinha were given away to workers of the Maruti Suzuki plant at Manesar in Haryana and a Manipur-based organisation called Extra-Judicial Execution Victims’ Families Association, for their struggle for human rights.

Note: Above news was previously published by the Sikh Channel, at source url: http://www.sikhchannel.tv/in-the-year-1984-genocide-was-carried-out-against-the-sikh-community-retired-high-court-judge/. It’s reproduced here for the information of readers/ visitors of the Sikh Siyasat News.