Bathinda, Punjab: During his court appearance at a local court in Bathinda yesterday S. Gurdeep Singh Bathinda maintained that no resolution was passed in favour of the Khalistan during Sarbat Khalsa 2015 gathering that was held at village Chabba on November 10. Gurdeep Singh is senior leader of United Akali Dal (UAD) led by Bhai Mohkam Singh. He was also one of the key organisers of the Sarbat Khalsa 2015.

There was no reference to the Khalistan issue in 13 resolutions adopted during the Sarbat Khalsa 2015, Gurdeep Singh said while talking to media persons. 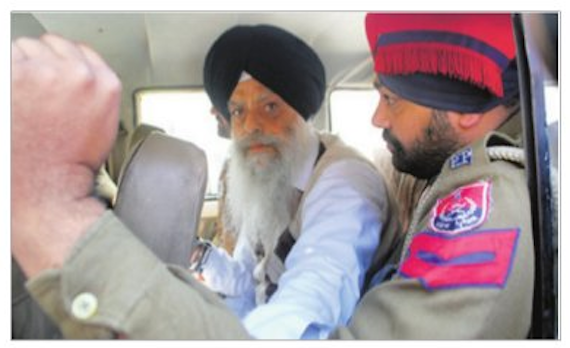 S. Gurdeep Singh said that the Punjab government was creating havoc of the Khalistan issue in order to create fear-psychosis amongst the Hindu population of the Punjab.

He maintained that the Punjab government has failed on all front and in order to hide it’s failure the government was levelling false charges against opponent ‘Panthic groups’.

He was presented before the court of S.D.M. in relation to a case u/s 107/151 Cr. P. C. (preventive detention) registered by the Bathinda police on November 12. He was discharged in this case by the court.