New Delhi: Contrary to the ongoing media discourse used to rouse the sentiments of the general masses, there is no term as “martyr” or “shaheed” in the Army or the police and instead a soldier or a policeman killed in action is called a “battle casualty” or “operations casualty” respectively, the ministries of defense and home have submitted before the Central Information Commission (CIC). 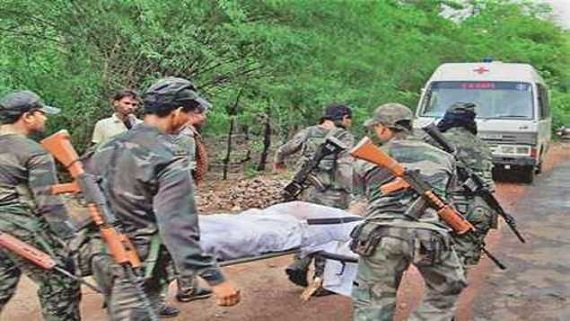 An anonymous RTI applicant approached the Union home ministry seeking to know the meaning and detailed definition of word “shaheed” (martyr) according to the law and the Constitution. He also reportedly asked about the legal provisions to ensure restriction on its misuse and punishment for violation, media reports said.

Apparently, the reported application was transferred to different officials of the home and defence ministries but when the applicant could not get a satisfactory response, he approached the CIC, the highest appellate body in matters relating to the Right to Information Act.

Quoting the submissions, he noted that the decision to declare cases of ‘battle casualty’ and ‘ops’ were taken after a report of a court of inquiry in both the matters, notes the Times of India (ToI).

“After hearing the respondents and the perusal of the record, the commission finds that the averments made by both the respondents have duly explained the correct usage of the terms and directs the respondents to send a revised reply to the appellant accordingly,” Azad further adds to his statement.