Chandigarh: Acting Jathedar of Damdama Sahib Bhai Baljit Singh Daduwal today said that the Sikh organizations must propose the names of their representatives for World Sikh Parliament to the acting Jathedars appointed during November 10, 2015 Pathic gathering at village Chabba.

He said that a resolution to form the 300 member World Sikh Parliament was announced during the said event and they have already received 140 names. He claimed that the World Sikh Parliament was being formed by mutual consultation of Bhai Jagtar Singh Hawara, Bhai Dhian Singh Mand, Bhai Amrik Singh Ajnala and Bhai Baljit Singh Daduwal – who were announced as Jathedars during the 2015 Panthic gathering at village Chabba. 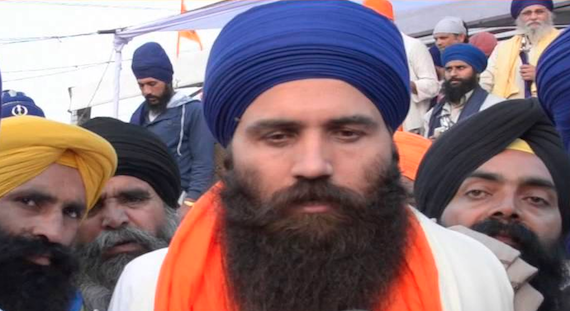 He said that the names should be submitted before 15 December after which the formation of the WSP would be announced.

It is notable that various England based Sikh organisations had announced in August (2017) to form the World Sikh Parliament. The announcement was opposed by Shiromani Akali Dal Amritsar (Mann) president S. Simranjit Singh Mann who had maintained that only the acting Jathedars had the authority to form such an organisation. Later Dal Khalsa president Advo. Harpal Singh Cheema had met Simranjit Singh Mann and both leaders had issued a joint statement announcing further efforts to develop common understanding on this issue.

WITH INPUTS by NARINDERPAL SINGH from AMRITSAR.