Non-payment to sugarcane growers: Congress trying to heap up issue out of proportion, says Badal

Amritsar: Whereas Punjab farmers are still waiting for hundreds of crores for their sugarcane crop that was crushed by sugar mills during last season, Punjab CM yesterday tried to undermine the importance of the issue. CM Badal said that the opposition Congress party was trying to heap up the issue “out of proportion”. He said that the issue would resolved with in a week. He was addressing a political conference of the Shiromani Akali Dal (Badal) at Baba Bakala on August 29. He, however, did not tender any details of the proposed solution of the problem that has already triggered massive protests across the state. 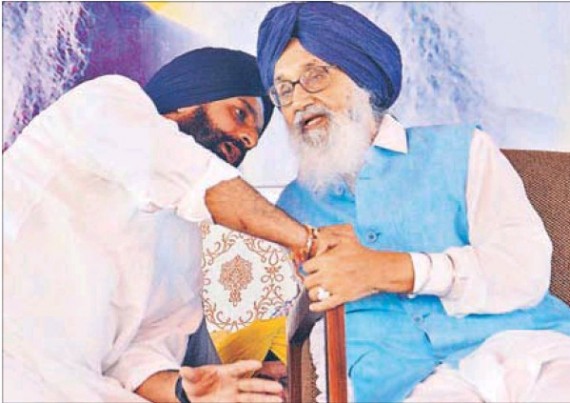 Punjab CM also blamed Centre for plight of farmers. He said that Congress governments at the Centre were responsible for agrarian crisis faced by state farmers.

Responding to Badal’s statements, Punjab Congress chief Partap Bajwa said: “CM Badal is adept at passing the buck on to the Centre.He should concede that his Government has failed on all fronts”.

Where as ruling Shiromani Akali Dal (Badal) and opposition Congress party are busy exchanging blames, Punjab farmers have major cause of worry as besides non-payment of already crushed sugarcane, the private sugar mill owners have announced to not to purchase sugar cane for the upcoming season. Private mills crush more than 70% of sugarcane in Punjab. Besides hitting farmers economically, the announcement is also likely to hit plans of corp diversification in agricultural dominant state.