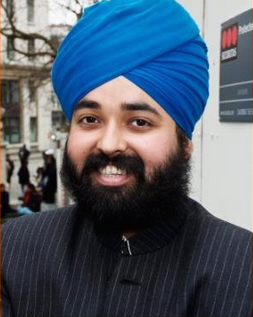 Dubai: Amandeep Singh Bhogal, Northern Ireland’s first Sikh candidate in General Election, was reportedly stopped at the Dubai airport for not taking off his Sikh Kara.

As per information Amandeep Singh was to take a flight to Northern Island to campaign for the upcoming general election. He represents the Conservative Party.

Amandeep Singh released the information related to the incident on Twitter.

“My Sikh faith being grossly violated at @DubaiAirports by @DubaiPoliceHQ as not being allowed leave until I take off & leave my Sikh bangle”, Tweeted Amandeep Singh Bhogal (@AmandeepBhogal).

He also contacted the airport authorities and the Dubai Police via Twitter. In a series of tweets and retweets, Amandeep Singh expressed his dismay at the authorities. 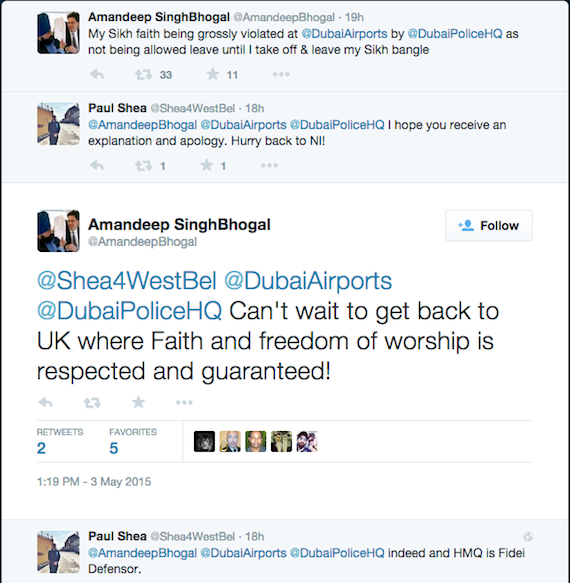 Screenshot of tweets and retweets.