Chandigarh: After recent Moga incident in which a teenaged girl was molested and allegedly pushed out of a bus belonging to Orbit Aviation company,  there are reports that police escort has been provided to buses owned by the Badal family including Dabwali transport. 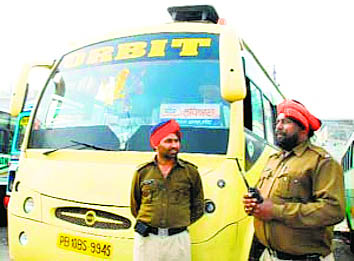 A news reported by ABP News has enumerated various other incidents related to buses owned by the Badal family. In a 2013 incident a traffic police constable was badly thrashed by driver and conductor of a bus belonging to Badal family’s transport company.

After Moga incident in which a teenaged girl lost her life, while her mother still struggles for life in a hospital, the Badal family is facing sever criticism from all quarters.

There is strong condemnation of the Badal family’s decision to provide security escort for it’s buses.