Moga, Punjab: Moga is in the eye to storm again. Just few days after the government ‘managed’ the anger over Moga Orbit Bus molestation case, another case has surfaced where a 24-year-old woman was allegedly gangraped by six persons. 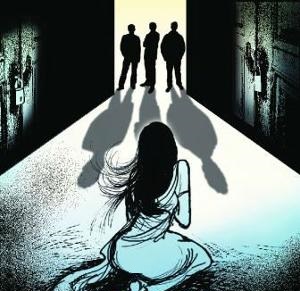 The vicitm, a resident of Redahvan village here, alleged that she was kidnapped by six persons from her house last week and raped repeatedly in a tube-well room owned by one of the accused Mangat Singh, police said here on Friday (May 8).

Later, the woman was taken to Singh’s house where she was again raped, police said, adding, the victim was kept confined in Mangat’s house since last week.

However, yesterday she managed to escape and lodged a complaint, police said.

According to the police a case has been registered against all the accused but no arrest has been made so far. Police maintains that the accused persons would be nabbed soon.