Melbourne: Following the suit of Sikh diaspora of North America and England, the Sikhs in Australia on Sunday barred the Indian representatives from using the Gurdwara podium in their respective official capacity. However, they are allowed for darshan in Gurdwara in their personal capacity. 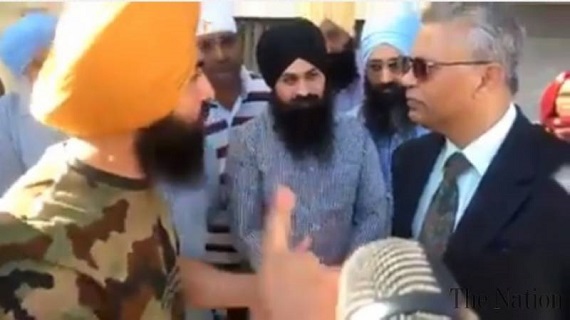 As reported by the media sources the gurdwara committee and Sikh organizations issued a joint statement on Sunday, announcing a ban on ‘sarkari activities’ in their premises and during functions. They clarified that the ban would not apply to officials visiting in their personal capacity as part of the congregation. ‘Step is to ensure no Indian influence on Sikh institutions’.

“It should be noted that this step is not to restrict their access to the Guru, but to ensure that the Sikh institutions remain free of any Indian influence. Gurdwara Sahib is always open to all and any person is always welcome to pay obeisance to the Guru,” reads a quote from the joint statement issued by the gurdwara committee published in an English vernacular.

While reasoning the decision to ban Indian officials the Sikh activists reportedly stated that when atrocities on Sikhs were on, Indian officials abroad continued to harass Sikhs who raised human rights issues and threatened to block their visas.

Moreover, the joint statement further stated that police officials who eliminated Sikh youths in fake encounters were still being protected and Sikh political prisoners were not being released even after completion of their jail terms, notes Times of Indian (ToI).