Patna: Bihar Deputy Chief Minister and BJP leader Sushil Modi has reported announced that the ‘National Population Register’ move will be carried out in Bihar from May 15. 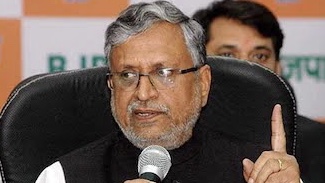 “The NPR process in 2020 will be carried out between April 1 and September 30 in the country. In Bihar it will be done between May 15 and May 28, 2020,” he said on Saturday, adding that officials who refused to carry it out will face administrative and punitive action.

As the announcement about NPR in Bihar has come from a BJP leader who is Deputy CM in JDU-BJP coalition government, sections of media have reported JD-U response along with the news or announcement. But there are conflicting reports about JDU’s response on this issue.

A report in The Indian Express says: “The JD-U, the BJP’s partner in Bihar’s ruling coalition, said that since Prime Minister Narendra Modi had clarified that there is no proposal to implement the National Register of Citizens (NRC) across the country, there was no problem in going ahead with the NPR exercise”.

A report on NDTV’s website says: “The BJP leader’s comment, however, was almost immediately questioned by industries minister and senior JDU leader Shyam Razak, who claimed he was unaware of any such decision and said Chief Minister Nitish Kumar was the right and “competent person” to make such announcements, adding Mr [Sushil] Modi may have made this statement in his “personal capacity”.”

After the passage of Citizenship Amendment Act (CAA), BJP led Government of India announced carryout NPR move, which many see as a preparatory exercise for National Register of Citizens (NRC), which is said to be aimed at  divesting sections of people of their basic and constitutional rights. A number of organisations are opposing CAA, NRP and NRC moves of the GoI.