NRI Bhupinder Singh USA too booked in another case

Gurdaspur: Bhupinder Singh Cheema, a US citizen and member of the Shiromani Akali Dal Amritsar (Mann) was reportedly booked by the Batala police in a case under section 216 of Indian Penal Code (IPC). He was arrested by the Batala police immediately after his release from Gurdaspur jail on on Saturday (January 9). Section 216 (IPC) pertains to “harbouring offender who has escaped from custody or whose apprehension has been ordered” (see full text below). 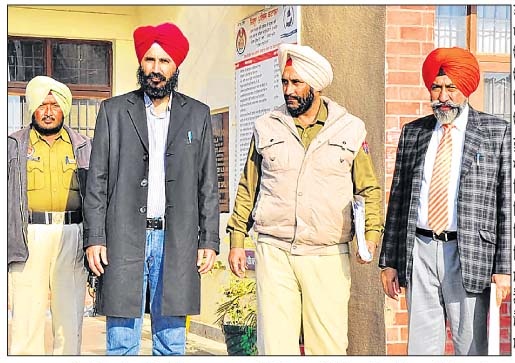 The Batala police presented Bhupinder Singh Cheema before civil judge (junior division) Monika Chauhan and raised a demand for his police remand. But the court refused to entertain the remand plea and S. Cheema was sent back to Gurdaspur jail under judicial custody.

It is notable that Bhupinder Singh Cheema (USA) was granted bail, along with United Akali Dal chief Mohkam Singh and others by the Punjab and Haryana High Court on Friday in a ‘sedition’ case registered at Chhatiwind police station in relation to Panthic congregation of November 10 at village Chabba. Bhai Mohkam Singh was also framed by the Amritsar police in a fresh case on Saturday (see details).

SAD (Mann) leaders have accused the Punjab police for working under political pressure and framing their party leaders and members under false charges.

Section 216 in The Indian Penal Code