Auckland: A Sikh man in New Zealand used his turban to help an injured child. According to media reports a child was hit by a car outside a primary school. Injured child’s head was bleeding after he hitting the road. On seeing this, Harman Singh removed his turban and used it to stop bleeding.

Harman Singh did not think twice about removing his turban to cradle the bleeding head of a 5-year-old who had just been hit by a vehicle on his way to school, notes NZ Herald. 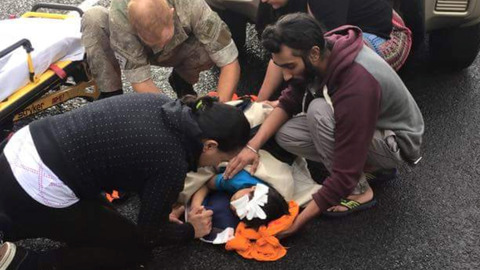 Harman Singh, 22, was at home when he heard car wheels screeching, and then a commotion, and ran outside to investigate.

“I saw a child down on the ground and a lady was holding him. His head was bleeding, so I unveiled my turban and put it under his head”, NZ Herald quotes Harman Singh.

Harman Singh and other members of the public stayed with the boy until emergency services arrived. They told him he was going to be okay.