A report in The World Sikh News (WSN) notes that [f]rom the pic­tures and de­tails made avail­able by ac­tivist ad­vo­cate Sukhvin­der Kaur, a por­tion of Mangu Mutt, ad­ja­cent to the Emar Mutt was de­mol­ished on December 8 morn­ing, mak­ing way for the full de­mo­li­tion of this abode of Guru Nanak, where he is be­lieved to have stayed and where the Aarti “Gagan main thall rav chand deep­ak’ is be­lieved to have been re­cited. 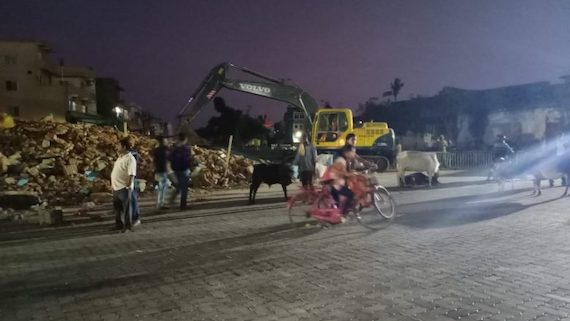 Sources told Sikh Siyasat News (SSN) some other parts of Mangu Mutt were demolished on December 9, 2019.

It is learnt that a team of NGO United Sikhs will be visiting the Mangu Mutt tomorrow.

Meanwhile, the UN and NGO council of the World Sikh Parliament (WSP) will be meeting the United Nations representatives to inform them about demolition of the historic place by Indian authorities.

They said that the WSP representatives will raise the issue of Mangu Mutt demolition, besides atrocities on Kashmiris and other minorities by the Indian government.