New York, NY: Last week in a radio broadcast, hosts at NJ 101.5 repeatedly referred to New Jersey Attorney General Gurbir Grewal as “turban man,” and added, “If that offends you, then don’t wear the turban and maybe I’ll remember your name.”

In response to these ignorant comments about Gurbir Grewal and the Sikh community urged for a public apology from the hosts and station. A US-based civil rights group the Sikh Coalition reportedly provided media resources on Sikhi for the entire radio station and offered cultural and religious sensitivity training for all staff members.

The Sikh Coalition Executive Director Satjeet Kaur said: “We applaud the station’s swift action in suspending the two radio hosts while conducting an investigation – not because the action was punitive, but because it sets a precedent for what is not acceptable in our society”.

“This is especially important at a time when racism and xenophobia are becoming increasingly normalized”, she added. 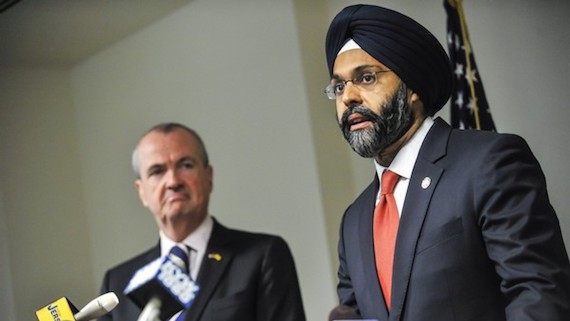 Earlier this year, Gurbir Grewal made headlines as the first Sikh attorney general in the United States. His appointment joined a number of Sikhs achieving recent groundbreaking political successes across the United States, including in the states of New Jersey, Washington and California.

“We will continue to do whatever we can to ensure that the radio station is held responsible and that we turn this ugly incident into an opportunity for awareness and education,” said Senior Manager of Policy and Advocacy Sim J. Singh.