Chandigarh: A vital meeting of 57-member Organisation for Islamic Corporation (OIC) on Kashmir and India’s Citizenship Amendment Act (CAA) in April 2020. Information in this regard surfaced in a report on Radio Pakistan. 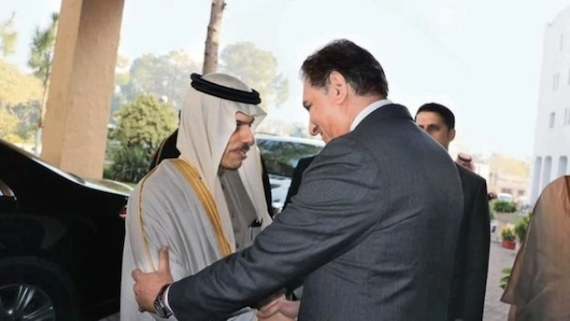 It is pertinent to note here that OIC was not heeding to Pakistan’s demand for taking strong stance on Kashmir issue. The Saudi led body of Islamic countries was also ignoring India’s contentious legislation ‘CAA’ despite its condemnation as ‘anti-Muslim’ law by various international bodies.

A report in The Hindu notes that Pakistan’s Foreign Minister Shah Mehmood Qureshi said in a press conference on Sunday: “I told the Saudi Foreign Minister that the OIC must make a strong statement on India’s Citizenship Amendment Act as well as on the situation in [Jammu and Kashmir]”.

The report also quotes Mustafa Nawaz Khokar, Chairman of Pakistan’s Senate’s Functional Committee on Human Rights, saying: “The Arab world largely ignored the issue of Kashmir until Pakistan was forced to reach out to Turkey, Iran and Malaysia. It is only because of the new Muslim bloc’s formation that the older bloc — the OIC — realised their mistake”.

It is noteworthy that the decision of the Saudi leadership to send its foreign minister on his first visit abroad to Pakistan, as well as to agree to an OIC statement on the Citizenship (Amendment) Act last week seems to have stemmed from Saudi Arabia’s  concerns over losing control of key Islamic countries to a parallel formation, headed by Malaysia and Turkey, more than a desire to turn away from India.

On Dec 19, Malaysian PM Mahathir Mohammad had convened the “Kuala Lumpur” summit, with the leaders of Turkey, Iran and Qatar, calling for reforms in the Muslim world.

Pakistan PM Imran Khan, who had agreed to attend the summit, pulled out at the last minute, after the Saudi Crown Prince reportedly advised him to.