Chicago: One month after the vicious hate crime that left Inderjit Singh Mukker who fell victim of hate crime in Chicago, is still recovering. Mukker, a Sikh father of two, was hospitalized with a concussion and facial injuries after he was called a “terrorist” and assaulted in his car. On the evening of September 8th, Mr. Mukker was on his way to the grocery store when the attack was initiated.

An update by the Sikh Coalition says: [o]ne month later, Mr. Mukker is still recovering from the physical and emotional trauma of the assault and is still unable to return to work as an Uber driver. 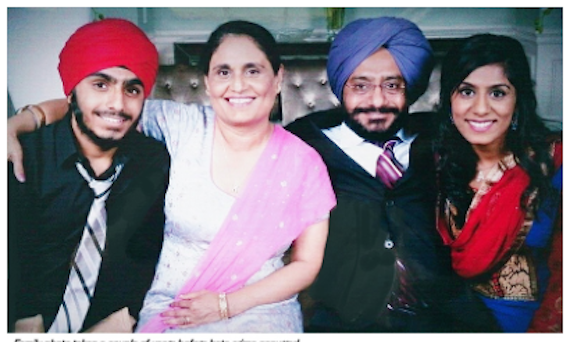 “My wounds continue to heal, but mentally I’m still trying to recover from what happened,” said Mr. Mukker. “Thank you for your ongoing support, it means so much to me and my family.”

The Sikh Coalition with the support of hundreds of community members in Chicago and thousands of Sikhs across the USA rallied to Mr. Mukker’s side last month to ensure that hate crime charges were brought against the assailant.