London: According to an update by Network of Sikh Organisations (NSO) the office for National Statistics (ONS) of UK have made recommendations for the content of the 2021 Census, which was published in a White Paper titled, ‘Help Shape Our Future: The 2021 Census of Population and Housing in England and Wales’, and the ONS has not recommended the inclusion of a Sikh ‘ethnic’ tick box for the 2021 Census.

Notably, NSO was not in favour of the demand to include a Sikh ‘ethnic’ tick box for 2021 Census said that the ONS has conducted significant research and consultation on this matter across the British Sikh community over a long period of time. “They revealed focus groups conducted showed, ‘younger second-generation participants wanted to express their Sikh background through the religion question as this is how they expected Sikh identity to be recorded’ “, a release by NSO notes. 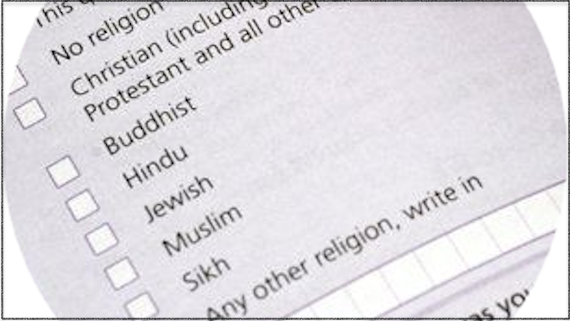 NSO’s stand on the issue is that Sikhs are already recorded appropriately in the Census under religion. The groups said that research commissioned by the ONS in 2017 found, ‘There is no indication from the findings that the religious affiliation and ethnic group questions are capturing different Sikh populations. All respondents who stated they were ethnically Sikh also stated their religious affiliation was Sikh. This is in line with findings from the 2011 Census data.’

On the issue that Sikhs are an ‘ethnic’ group because of Mandla v Dowell Lee, the NSO said that the case involved a schoolboy discriminated against by his school for wearing his turban. When it went to the House of Lords they for the purposes of the then Race Relations Act 1976, ruled Sikhs could conveniently fit into an ‘ethnic origin’ box based on a few tests, like sharing common language, culture and geographical descent – this is because religion wasn’t protected under law at the time.

“If you apply the same tests today, Sikhs wouldn’t necessarily fit in the ‘ethnic origin’ box, because most Sikhs today are British born and speak English as a first language. Moreover, the Race Relations Act 1976 has been repealed in its entirety, and replaced by the Equalities Act 2010, in which all religions are equally protected from discrimination. In any case, from a doctrinal perspective, Guru Nanak was the founder of a great world religion, not an ‘ethnic’ group. Sikh teachings reject division of society on grounds of caste, creed, colour and by the extension of this debate ethnicity”, said NSO.