Complainant Kulwinder Singh also produced documents showing that an FIR was lodged against Chhotepur on July 3, 2013, at Dhariwal police station. 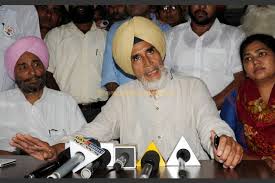 On the other hand Sucha Singh Chhotepur’s son Ajay Chhotepur said that the case was lodged at the time of panchayat elections. He said that his father’s name was removed by the police from the FIR before he had filed nomination papers for parliamentary polls,

“But later, the court added his name again to the FIR and he was issued summons”, he said, while adding that his father did not extended any false information along with his nomination papers.