S. Sham Singh, president of PSGPC, said that the Sikhs in Pakistan has unanimously accepted the original Nanakshahi Calendar released in 2003 from Sri Akal Takhat Sahib and since then have been celebrating all Gurpurabs and observing other historic days in accordance with the Nanakshahi Calander 2003. He further said that the PSGPC has already rejected the amendments made in 2010 by the SGPC and following original Calendar of 2003 till date. 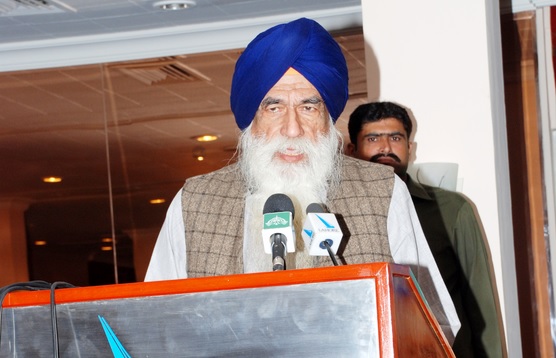 S. Sham Singh categorically said that the issue of Nanakshahi Calendar is not an administrative or internal prerogative of the SGPC rather it is related to the entire Sikh community. He said for any or major amendment if needed in the calendar, it is mandatory to get the approval of S. Pal Singh Purewal, who has spent years of his life to make this calendar and approval of all Sikh organisations throughout the world, which are following it.

He said that without the consent of Sikh intellectuals (Dr. Gurdarshan Singh Dhillon, Dr. SP. Singh, Dr. Prithipal Singh Kapur, S. Gurtej Singh etc.) and the Sikhs living in the various parts of the world, such amendments will never be accepted. The Sikhs in Pakistan and other parts of the world are not bound to follow the unethical and non required amendment in the Nanakshahi Calendar to convert it into Bikrami Calendar.

In his concluding statement S. Sham Singh said that the Sikhs in Pakistan and PSGPC will continue to celebrate Gurpurabs and other historic events as per 2003 Nanakshahi Calendar and also appeal to the Sikhs all over the world to reject this controversial provisional amended Calendar released by the SGPC, Amritsar, India. As, the SGPC is carrying out amendments in the Nanakshahi Calendar under pressure of fundamentalist, fanatic Hindu organisations