Karachi, Pakistan: A police official said six gunmen on motorcycles, appearing to be from a banned extremist group, stopped the bus and fired indiscriminately.

The bus carrying about 60 was going to an Ismaili Shia place of worship, notes BBC.

No group has yet said it carried out the attack.

Provincial police chief Ghulam Haider Jamali said the attack appeared to be the work of the same group involved in recent drive-by shootings of senior police officials in Karachi. 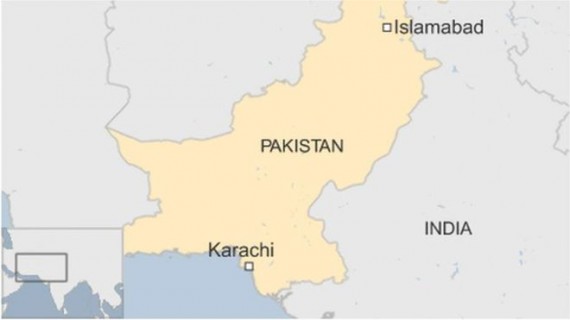 He said the bus was on its way to an Ismaili Shia Muslim place of worship when gunmen boarded it in the Safoora Goth area of Karachi and fired at those on board.

The attackers are said to have escaped easily.

BBC notes that [i]n the last few months, several mosques belonging to religious minorities have been bombed in Pakistan.