Gurdaspur: As per reports in Pakistani Media, Pakistan’s Foreign Minister Shah Mehmood Qureshi clarified on Thurs­day (August 8) that Pakistan remained committed to completing and opening the Kartarpur corridor and that its support for the Afghan peace process would remain unaffected despite the slide in ties with India’s move changing political status of Kashmir under its control.

He was addressing a press conference a day after the National Security Committee (NSC) decided to downgrade bilateral ties with India and expel its high commissioner, suspend bilateral trade, undertake a review of bilateral arrangements, raise the matter with the United Nations Security Council and observe Independence Day on Aug 14 as a solidarity day with the Kashmiris and India’s independence day on Aug 15 as a black day, notes a report in Dawn. 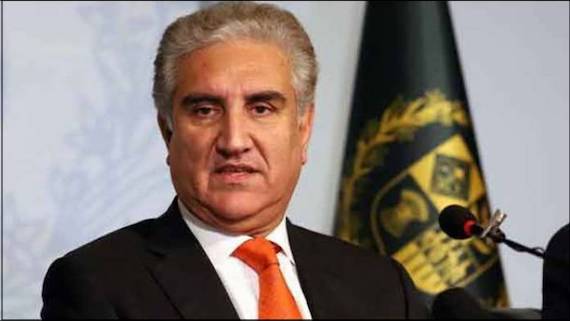 On the Kartarpur corridor, Pak Foreign Minister said the project remained intact as far as Pakistan was concerned because the country respected all religions, adding that it was being undertaken on Pakistan’s initiative and in accordance with the decision that people-to-people contacts would not be impeded. “We neither had any design nor were we playing games,” he added.

The foreign minister urged Sikhs residing in Indian subcontinent to ask Indian government whether it would continue with the project or review it.

“We are ready to welcome our Sikh brothers and sisters for Baba Guru Nanak’s 550th (birth) anniversary,” he said.

Pakistan and India had in November last year started the construction of the visa-free corridor. The move was an initiative of Islamabad.

Pakistan and India were before the lowering of diplomatic ties negotiating the agreement governing the operation of the corridor and were believed to have made substantial progress.