Chandigarh: It came as a surprise for the supporters of Bapu Surat Singh that a hashtag #PakWithBapuSuratSingh began to trend on Twitter on Pakistan this morning.

An analysis of tends on Twitter in Pakistan revealed that the hashtag began to trend around 10 am IST and a number of people were using this hashtag to express their solidarity and support for Bapu Surat Singh.

Notably Bapu Surat Singh is kept under medical observation at DMC Hospital, Ludhiana where he is being administered glucose using I V injection system. 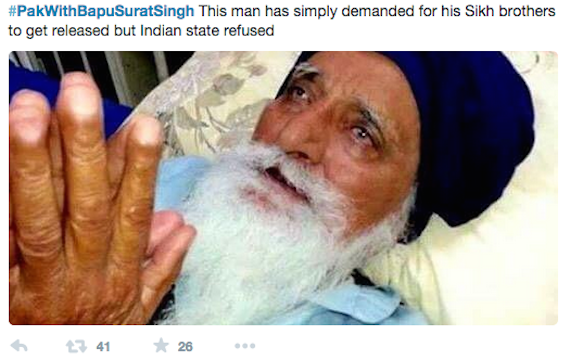 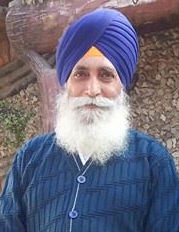 On being told that hashtag #PakWithBapuSuratSingh we trending on Twitter in Pakistan he expressed ignorance. “Moral support for the cause of Sikh political prisoners is welcome from any quarter of the world, but I was not aware about this trend on twitter in Pakistan. If it is there, it is welcome” he said.

He said that some US and UK MPs have also expressed their support and solidatory with the cause of Sikh political prisoners.