Chandigarh: A meeting of various Sikh groups was held at Gurdwara Sahib (Shahpur) Sector 38 B, Chandigarh. The meeting was called by Panj Singhs as per ‘directive’ of Bhai Jagtar Singh Hawara and it was attended by leaders of Akhand Kirtani Jatha, Kendri Singh Sabha, Panthic Talmel Sangathan, Shiromani Akali Dal (Delhi), United Sikhs, Dal Khalsa, local social and religious bodies.  Some representatives from the Sikh diaspora also attended the gathering via Video conferencing.

During this meeting Bhai Satnam Singh Khandewala and his associates sought suggestions about holding Sarbat Khalsa and framing Vidhi Vidhan of holding the Sarbat Khalsa. 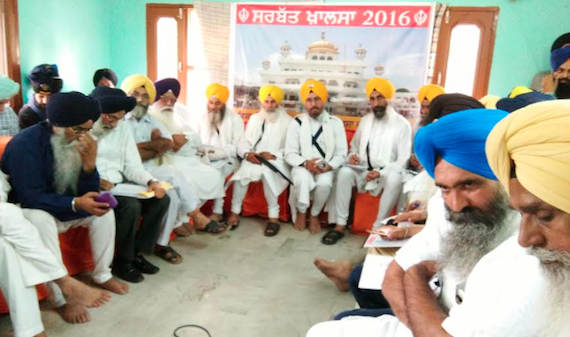 A view of the meeting at Sector 38 B, Chandigarh

Different speakers shared their views and after the meeting was over, Bhai Satnam Singh Khandewala addressed the media persons and announced that a committee has been formed study the drafts of Vidhi Vidhan prepared by Karamjeet Singh (Chandigarh), Harsimran Singh (Anandpur Sahib), Narayan Singh Chaura (Akal Federation) and Harinder Singh (USA).

Addressing media persons Bhai Satnam Singh Khandewala said that the committee would soon finalise the draft of Vidhi Vidhan. He did not gave any specific answer about to a query that whether the ‘Sarbat Khalsa 2016‘ would be conducted on pre-announced date i.e. Nov. 10, 2016.

He said that the proceedings of the meeting would be discussed with Bhai Jagtar Singh Hawara in coming days. On being asked about the non-participation of Shiromani Akali Dal Amritsar (Mann), United Akali Dal (UAD) and acting jathedars – Bhai Dhian Singh Mand, Bhai Baljit Singh Daduwal and Bhai Amrik Singh Ajnala – Bhai Satnam Singh Khandewala said that a local leader of SAD (Mann) had participated in the meeting and he had even shared his views also. He said that five Singhs had held a meeting with acting jathedar Baljeet Singh Daduwal and leaders of SAD (Mann) and Untied Akali Dal and an invitation regarding today’s meeting was extended also to them. 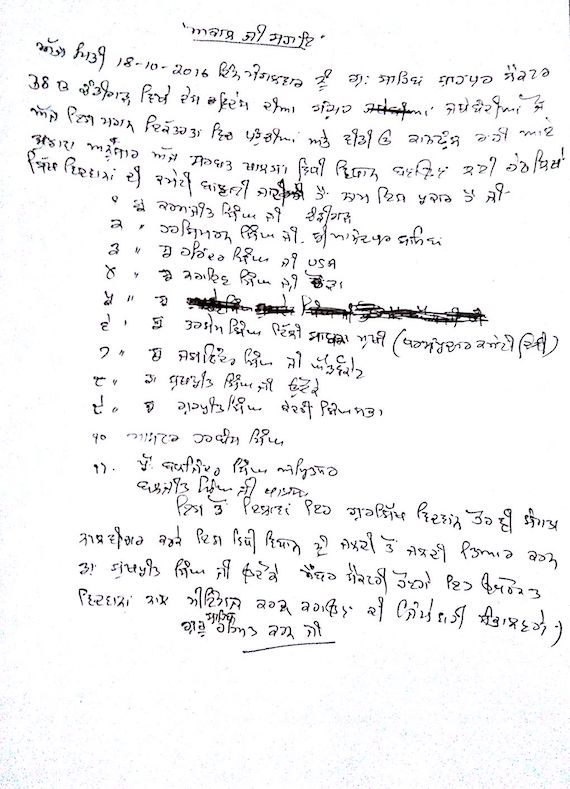 On being asked about non-participation of their party in today’s meeting Prof. MP Singh of Shiromani Akali Dal (Amritsar) said that there were some issues that need to be sorted out. He said that he held a meeting Bhai Jagtar Singh Hawara today to appease him about the situation.

Prof. MP Singh said that Bhai Satnam Singh Khandewala and his associates were not keeping proper contact with acting Jathedars. He said that the meeting of Panj Singh with acting jathedars was an accidental meeting.

Sources told Sikh Siyasat News (SSN) that earlier there was plan to release out a letter of Bhai Jagtar Singh Hawara after the meeting but it was withheld after some of the participants had expressed reservations about certain aspects.