The co-president of Punjab Aam Aadmi Party and legislator from Sunam, Aman Arora on Thursday criticized the state govt. for shutting down 1647 Sewa Kendars across the state. In a press statement released yesterday, Aman Arora said that the decision of the cabinet shows that the govt. is not at all serious about the state affairs and concerns of the people of state. 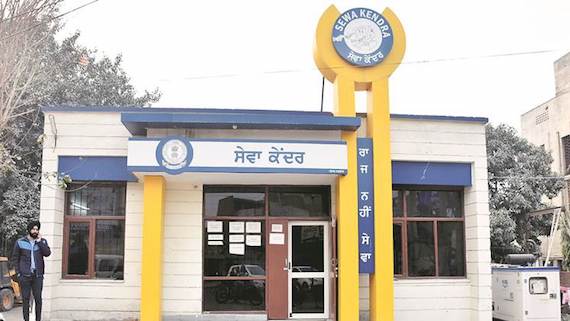 The Punjab Government led by Capt. Amarinder Singh had decided to shut down 1647 out of 2147 Sewa Kendars in Punjab [File Photo]

“Any govt. start any project to provide facilities to its residents and if something wrong goes in the process it corrects it but the present Congress govt. has a unique way to tackle with it, it shuts down the whole project.” said Arora. He said that it is known to everyone that Sewa Kendars were established by the previous govt. in haste and crores of rupees were spent on the project but it is the duty of the present govt. to utilize it properly rather than shutting it down.

Arora said that thousands of employees of Sewa Kendras will be rendered jobless and common, poor and needy people will have to face hardships at the hands of multiple offices for getting their petty jobs done. Moreover it is the need of the hour to provide services to the people of Punjab at their door step as the people from far rural areas are unable to reach the cities to get these services done.

Taking a jibe at the govt. decision to send amount of power subsidy in farmer’s account, Arora said that the govt. is testing waters before imposing bills on farmers in the state. “If you cannot help grieved farmers, at least do not burden them more to hide your own failures.” Arora said.