Chandigarh: In a written statement issued by Directorate of Information and Public Relations, Punjab the state Deputy Chief Minister Sukhbir Singh Badal reiterated that Shiromani Akali Dal (Badal) will contest the 2017 assembly elections under the leadership of S. Parkash Singh Badal. He further said that if the people of Punjab gave the SAD-BJP coalition the responsibility of forming the next government Parkash Singh Badal would be anointed chief minister again.

While interacting with NRIs from USA, UK Canada, New Zealand, Norway and Australia here at his residence last night, Deputy CM said under the dynamic leadership of his father, Punjab government has implemented historic decisions to improve the cultural-socio-economic face of the state. 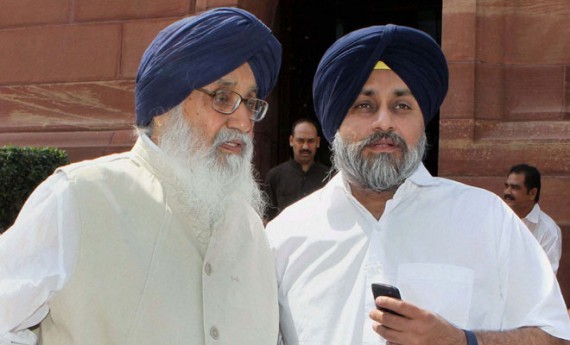 “We will go to the people with our development agenda”, he said while urging the NRIS to be wary of the alleged anti-Punjab and anti-Sikh propaganda being spread by opposition parties.

Quoting certain figures from his 52 minutes power point presentation, the Deputy CM elaborated the distinction between reality and propaganda spread by alleged anti-Punjab forces regarding fiscal and governance position of the state.

He urged Punjabis worldwide to counter the forces indulging in defaming and denigrating the image of state by dubbing the Punjab as bankrupt and Punjabis as drug addicts.