Patiala: A local court at Patiala is reported to have recently issued summons against Guru Granth Sahib and Gurdwara Sahib of village Maddo Majra (in Patiala district) over an alleged land dispute. The court’s move has sparked strong reactions and condemnation from the Sikh sangat and the Sikh organizations.

As per information one kanal of land adjoining the Gurdwara Sahib at Maddo Majra village, which was purchased by a resident, Baldev Singh, and donated to the Gurdwara Sahib. The donation, however, was challenged in the court by Gurnaib Singh asserting possession of the land for past few years. 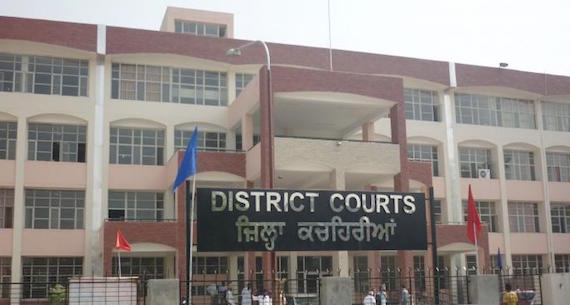 The court order, issued on September 11, read: “This day was fixed for hearing of the above suit and summon was issued to you (gurdwara and the Guru Granth Sahib)… the plaintiff appeared… you did not appear… It has been proved to the satisfaction of the court that summon was served on you.” The development has left the villagers confused, who are considering approaching the Shiromani Gurdwara Parbandhak Committee (SGPC) to ascertain whether the holy book could be taken to the court.

Land donor Baldev said the land was yet to be transferred in the Gurdwara’s name.

Senior advocate Barjinder Singh Sodhi accused the plaintiff of allegedly misguiding the court. He demanded registration of a case against Gurnaib under section 295-A of the IPC for allegedly hurting religious sentiments.

“Even if the plaintiff had filed an application against the Gurdwara Sahib, the court should have ideally summoned the head or the manager of that particular shrine as the Guru Granth Sahib cannot be present in the court,” he said.

Citing a Supreme Court judgment passed a few years ago, former SGPC president Kirpal Singh Badungar said no court in the country has authority to summon the Guru Granth Sahib.