Patiala: The Patiala police have prepared a charge-sheet against senior journalist turned Aam Aadmi Party politician Kanwar Sandhu besides five other persons in relation to an incident which occurred on December 19, 2015 inside the jail premises. Others named in the case include former police cat turned cop Gurmeet Pinky and four members of the jail staff.

According to Times of India (TOI) the charge-sheet holds Kanwar Sandhu, Gurmeet Pinky and four members of the jail staff as guilty of illegal entry and forgery in jail records. 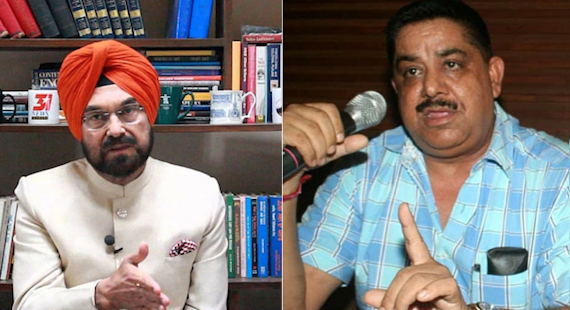 Patiala SSP Gurmeet Singh Chauhan reportedly said that the in the next seven to ten days, the challan would be presented in the court as police had completed investigations in the case.

According to the IO, the charge-sheet states that the jail staff carried an official register to Fatehgarh Sahib where Sandhu and Pinky were present. The staff illegally entered the names of the two, in the register and took their signatures, notes Time of India (TOI).