Toronto, Ontario: In a written statement sent to the Sikh Siyasat News (SSN), organizers of the “#FreeAkalTakht” movement said that Harinder Singh USA will lead and facilitate a discussion on “Power & People: Sarbat Khalsa” as part of Ontario’s 2nd annual Sikh Heritage Month (SHM) celebrations. The event will be held on April 3rd from 2:30pm to 4:30pm.

“The Sarbat Khalsa is the most natural and authentic method of internal Sikh governance,” says Harinder Singh, “and it is important that we continue the dialogue in order to engage as many Sikhs as possible in this process.” 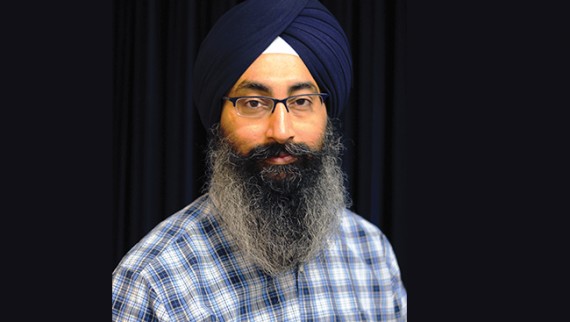 The statement reads: “Sikhs in the diaspora are mobilizing to respond to the ongoing unethical leadership and institutional crisis in Punjab. The #FreeAkalTakht movement aims to free the Akal Takht from political interference and reclaim its state of social, economic, political and spiritual sovereignty”.

“This free and open event will feature a presentation by Harinder Singh who was part of the North American Delegation at the November 2015 Sarbat Khalsa. He will be sharing his experiences, discussing the process and the way forward, followed by an interactive Q&A session”.

“The inaugural weekend of Sikh Heritage Month marks the beginning of a month long calendar of over 40 events recognizing the Sikh diaspora in Ontario through discussions, workshops, and arts and culture displays”.

The statement is followed by a backgrounder on Sarbat Khalsa, which reads as follows:

The Sarbat Khalsa is the decision making body that holds the authority of the Sikh Qaum. It is the representative gathering of the Sikh Sangat and makes decisions through consensus building democracy. This Guru-inspired, Gurmat-based system of governance is an ingrained part of the Sikh psyche, so that even two hundred years later, when the community is undergoing severe persecution and is in grave danger we, as a Qaum, have naturally turned to the Sarbat Khalsa as a means of uniting the Qaum and moving forward. In 1920, 1986 and last year in 2015, the Sikh Qaum attempted to hold Sarbat Khalsa to move the community forward in treacherous times. These attempts were not perfect but were inspiring attempts by the Sikh Qaum to recapture our sovereign governance traditions.

Backgrounder on #freeakaltakht Project, attached to the statement reads as follows:

Answering the call of the Sikh nation’s aspirations at the November 2015 Sarbat Khalsa, the Free Akal Takht movement has initiated a global conversation about the future governance of the Akal Takht and how the Sarbat Khalsa must facilitate transparent consensus-based decision-making. The project team is inviting the community at large to provide feedback and ideas that we can include into their open and transparent collective thinking shared on the public collaborative website www.freeakaltakht.org.