Jaipur: As per the media reports emerging from Rajisthan the schools in the state from the next acadmic year might start teaching a new version of history in which Rajput warrior Maharana Pratap defeated the decorated army of Mughal emperor Akbar in the Battle of Haldighati some 450 years ago.

Most academics openly scoffed at this idea because historical evidence shows that Maharana Pratap, the ruler of the erstwhile Mewar region, fled the battlefield, although in the later years he continued his guerilla war against the Mughals, notes the media in its report.

This new mystical tale related to the military  is among several historical facts that the Rashtriya Swayamsevak Sangh (RSS), the ruling Bharatiya Janta Party’s ideological fountain head, is accused of trying to rewrite as part of efforts to promote its vision of so called Indian culture and way of life. 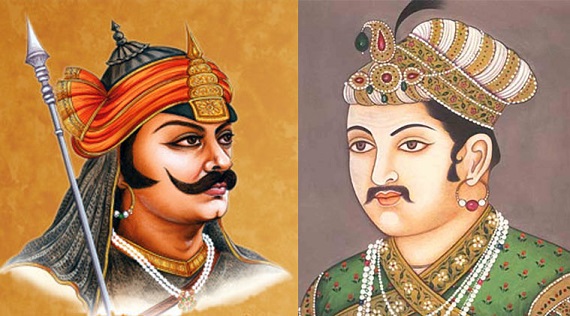 Image for representation only (Illustration by Google)

“In fact all heroes — from Pratap to Prithviraj Chauhan — that the RSS is projecting had lost conclusively. By twisting facts one cannot rewrite history,” said professor DN Jha, former member of the Indian Council for Historical Research (ICHR).

Irfan Habib, professor emeritus at Aligarh Muslim University’s history department while speaking with the Hindustan Times (HT), refused to comment, saying it would be senseless to argue with the RSS. “They can teach whatever they want,” he said.

Apparently, Rajisthan’s education minister Vasudev Devnani while corroborating this new version of history supposedly told the English vernacular that students will not read “distorted history” from the next academic year. Until now, students of class 10 and 12 read Pratap had lost the battle.

He further claimed that “If Akbar’s armies won the battle then why did they return to the battlefield six times? There has been an attempt to downplay the role of our heroes.”

Moreover, retired professor of history from Udaipur’s Mohanlal Sukhadia University KS Gupta maintain’s that his book examined contemporary Persian records, near contemporary Rajasthani sources and studied the circumstances to conclude that the dominant view that Maharana Pratap lost the battle is not correct.

Another author Reema Hoja who wrote a book titled ‘History of Rajisthan’ stated that “If the Mughals lost the battle, they should have left but the fact is they never left for several years, and Maharana Pratap didn’t give up fighting.”