Jalandhar: When Punjab Police is sending a team of its officers to Portugal to extradite Paramjit Singh Pamma, who is detained there, a petition has been filed on Friday with the European Parliament to block his extradition with the plea that his detention in Portugal violates EU refugee laws.

The petition to European Parliament has been filed under article 227 of “Treaty on the Functioning of the European Union” (TFEU) by Pinky Marwa, wife of detained UK based Sikh activist Pamma.

Referring to Article 78 of TFEU which provides for mutual recognition of refugee status the EU members, the petition urges release of Paramjeet Singh; denial of the extradition request; and his return to UK.

“Article 227 of the TFEU provides that any citizen, acting individually or jointly with others, may at any time exercise his right of petition to the European Parliament concerning the application of EU law.

Such petitions give Parliament the opportunity of calling attention to any infringement of rights by a Member State, local authorities or other institution,” said Sikhs For Justice legal advisor Gurpatwant Singh Pannun, who is camping in Lisbon to coordinate Pamma’s defence. 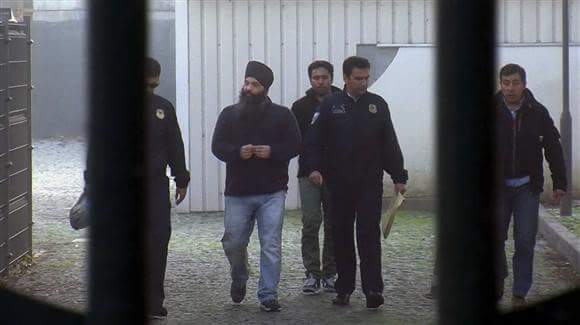 Citing the refugee status granted to Pamma by UK, the petition states that “[his] detention by Portugal for extradition to India is in contravention of the requirements under TFEU of recognizing the refugee status granted by another EU country and a clear breach of its duty to extend “protection from refoulement to country of persecution” as guaranteed under 1951 Refugee Convention”.

“We will approach the Members of EU Parliament urging them to raise the issue of Pamma’s detention and support blocking his extradition to India”, said Pannun, adding, “extradition of Pamma to India should be denied because it will amount to re-foulement to a country where he will be persecuted”.

Accused of involvement in 2009 murder of RSS affiliate rashtariya Sikh Sangat Punjab president Rulda Singh and 2010 bomb blasts in Patiala and Ambala, Pamma was arrested on December 18 in Algarve by the Foreigners and Borders Service (SEF) of Portugal pursuant to an Interpol warrant issued at the request of the Indian Government.

Apart from Sikhs For Justice the petition for Pamma has been joined by European and North American Sikh NGOs including Federation of Sikh Organizations (FSO) which comprises of over 100 Sikh organizations from more than 12 EU states, Sikh Council and Kesari Lehar from UK, Mar-Movement from Switzerland and North American based rights group.