Chandigarh: Sath, a students’ body, held an exhibition to mark the 35th anniversary of November 1984 Sikh Genocide. The exhibition was held from 9am to 5pm in the Student Centre at Panjab University, Chandigarh.

“It was a systematic genocide by the state in which the murdered mob was provided access to voter lists so that Sikhs’ homes could be easily targeted,” said Jujhar Singh, Mukh Sewadar of Sath.

Amrit Pal Singh, a member of the Sath said that during the massacre in Delhi, the Indian army was sitting silently on the outskirts of Delhi.

Speaking on the occasion, Sukhwinder Singh said: “the UN gives the right of self determination to victim community of the genocide whether it wants to live with the oppressive state or be free and the Sikhs are its contenders”.

Sath will hold a remembrance march on 6th November in the memory of those killed during the Sikh genocide 1984. The march will start from the Student Centre at 4 PM and it will conclude at campus based Gurudwara Sahib. 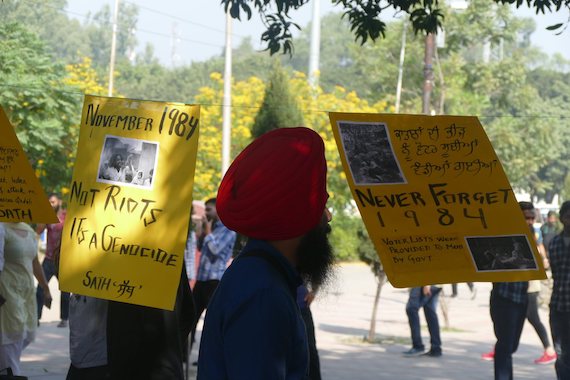 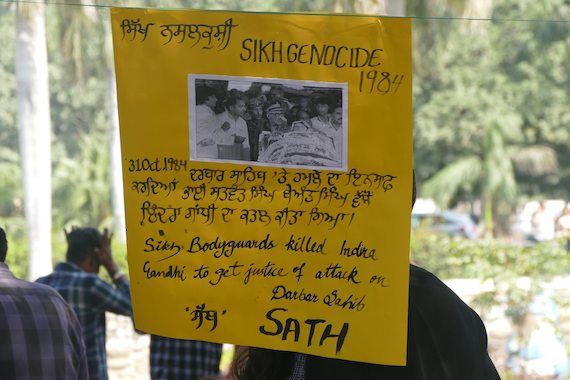 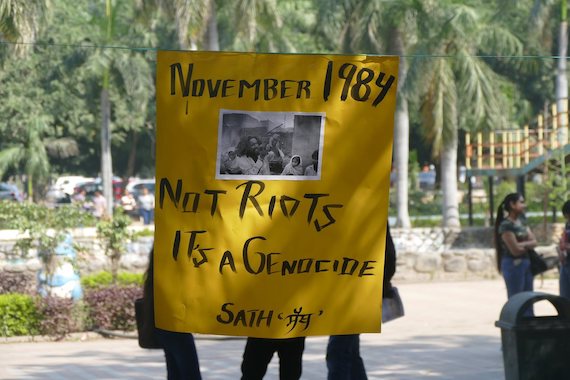 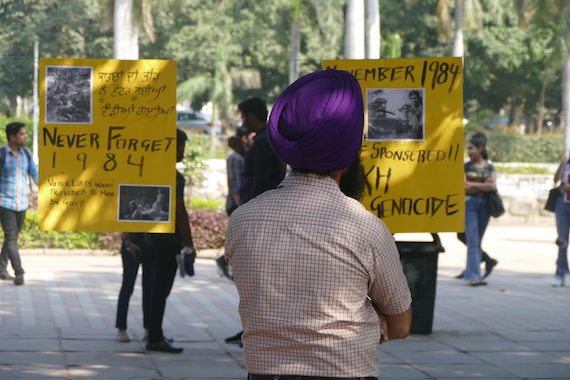 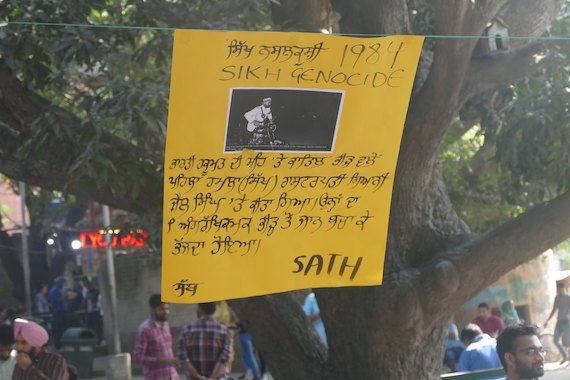 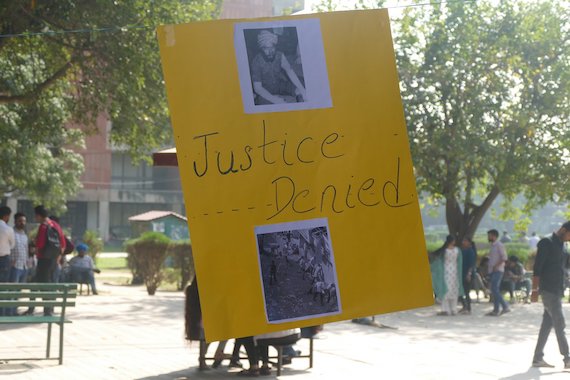