The PIL discloses new evidence of secret mass cremations of victims dead bodies as “unclaimed and unidentified” from which victims have been identified.

Writ Petition No 233 of 2019 was heard before a bench comprising of the Chief Justice Ravi Shankar Jha and Justice Rajiv Sharma. The Court heard preliminary arguments and has adjourned the matter for further arguments and consideration. 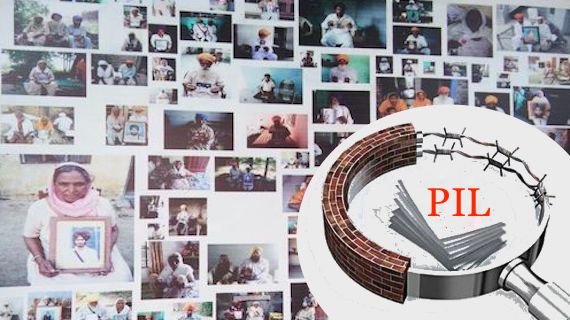 The Petition disclosed that the Petitioner the Punjab Documentation and Advocacy Project had conducted an eight year investigation in Punjab into fake encounters, abduction and disappearances of youth in Punjab between 1984-1995 whose whereabouts remained unknown. The Petitioner had documented details of over 8257 cases of which 6733 were before the court and prayed for an SIT and Judicial enquiry into these cold blooded killings by  Punjab police officers during the period of 1980s-90s.

The petition identifies hundreds of these missing persons and meticulously pinpoints the identities of those missing, who were murdered by the Punjab police and their dead bodies illegally cremated. The PIL  describes: “the largest exercise of victim identification of missing persons of mass state violence carried out in India post-independence.”

The investigations and records presented to the Court show that the Punjab police and security forces would abduct, kill and secretly and illegally cremate dead bodies without handing them over to their next of kin. Instead of cremating one body at a time, the police often cremated several dead bodies together in a single pyre. The Petitioners disclose that in some cases, up to 18 dead bodies were cremated in a single day from just a single incident.

The PIL details the information collected in 1,600 villages, 1,200 police FIRs and 150 RTI applications resulting in the discovery of 8257 victims and data of 4273 secret cremations from cremation grounds in 16 of Punjab’s 22 districts between 1984-95.  The Petitioners contend from this investigation they can identify many of Punjab’s disappeared youth.

The Petitioners in the PIL are the kin of the disappeared and the PIL documentation is based on eye witness evidence and victim testimonies recorded over a number of years followed by “village to village documentation by systematically identifying villages and travelling to affected areas, auditing them for human rights violation.”

The Petition explains how “information was collected following investigations conducted in some 26 Districts/Sub-Districts of Punjab”, including in Jalandhar where cremation records of 1,105 unclaimed and unidentified dead bodies were analysed, followed by 629 cremated in Gurdaspur and Bathinda at 485. Other districts where these cremations took place include Ludhiana (290), Sangrur (240), Ferozpur (228), Mansa (220), Barnala (208), Kapurthala (194), Hoshiarpur (167), Faridkot (165), Moga (155), Muktsar (85), Ropar (84), and Patiala (9), Amritsar and Tarn Taran (2,059). “The present Petition now positively identifies missing and abducted persons from over 4000 previously unknown  secret cremations in Punjab… between 1984-95.”

The PIL details the information collected and how this data is just “the tip of the iceberg”. This latest attempt for the survivors and victims for justice follows a two-decade long struggle for the truth, justice and accountability.

The Petition raises fundamental constitutional issues that engages Article 21 (the Right to life) and the obligation on the state to investigate mass state crimes, prosecute perpetrators and rehabilitate victims. The victim Petitioners have a right to know the identities of these corpses and an official explanation regarding their deaths. The Court is asked to not only consider the new evidence presented but to order a wider inquiry to establish the extent of these mass state crimes which were committed systematically and on such a wide scale.

The Petitioners seek the establishment of an SIT or a ‘Truth Commission’ to uncover the cold-blooded execution and killing of these victims in Punjab and in other parts of India during this period and cites the precedents set by the Supreme Court in the Manipur extra-judicial killings case, in which 1528 cases are under investigation.