Bhai Jatinder Singh Nimana Ragi told Sikh Siyasat News (SSN) over phone that some extension work was going on a highway leading to Delhi. The concerned government department personnel started the work at around 5 am and they were levelling a house owned by one Sikh person named Jagjeet Singh who works in Dubai. He said that till 5 pm everything was going on in a casual way.

“People had gone to work during day time and around 5 pm when they returned from their work, around 15-20 Sikh youth had gathered to see what was going on… then suddenly the administration tried to remove them forcibly from the scene and the police lathicharged them” said Bhai Jatinder Singh. 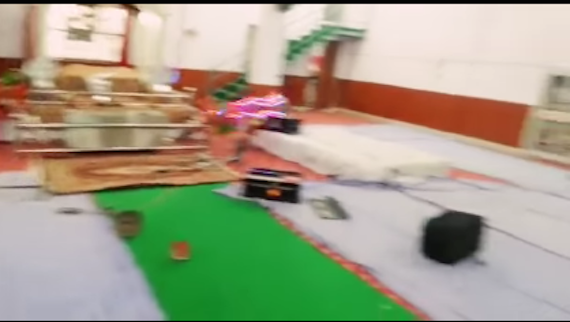 “Police action led to altercation and stone pletting but the police dispersed the gathering”, he added.

“The police beat up Sikh men, women, elderly person and even children”, he added.

Gurdwara Sewadar Jai Singh and his handicapped son Gopal Singh were badly beaten up by the police before arresting them along with 16 other persons.

Gandhi Nagar police station head constable Bhawan Singh said that the police resorted to lathicharge to disperse the gathering. He said that road extension work had led to stone pletting in “Sardaron ki basti” and police took action to prevent the stone pletting.

HC Bhawan Singh told SSN that 18 persons, including 7 women (all Sikhs) were arrested by the police who were later released on bail.

Bhai Jatinder Singh Nimana said that no leader or community has come forward to help Sikligar Sikhs in this case. He accused the police of committing grave excesses against the Sikh community in this case. He also urged the Punjab based Sikh organisations, including the SGPC, to take notice of their plight.